What does Kirstin mean?

[ 2 syll. kir-(s)tin, ki-rst-in ] The baby girl name Kirstin is pronounced as KIH-RSTihN †. Kirstin is used chiefly in the German, Scandinavian, English, and Scottish languages. Its origin is Latin.

Kirstin is also a variant spelling of the name Kirsten (English, German, Scandinavian, and Dutch) in the English and Scottish languages.

Kirstin is also a variant of the name Kirsty (English and Scottish).

Kirstin is unusual as a baby girl name. Its usage peaked modestly in 1991 with 0.020% of baby girls being given the name Kirstin. It was #567 in rank then. The baby name has experienced a marked loss in popularity since then, and is today of infrequent use. Among the family of girl names directly linked to Kirstin, Christina was the most regularly used in 2018. 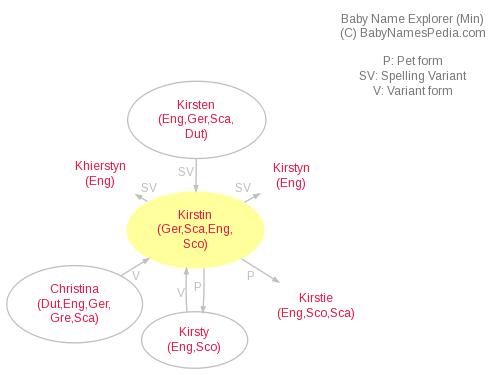