What does Ko mean?

[ 1 syll. ko ] The baby boy name Ko is pronounced as KOW †. Ko is primarily used in Tamil, and it is of Tamil and African-Swahili origin. From Tamil roots, its meaning is king or emperor.

In addition, Ko is a form of the English and Japanese name Kobe.

Ko is a seldom used baby name for boys. It is not in the top 1000 names. In 2018, among the group of boy names directly related to Ko, Kobe was the most frequently used. 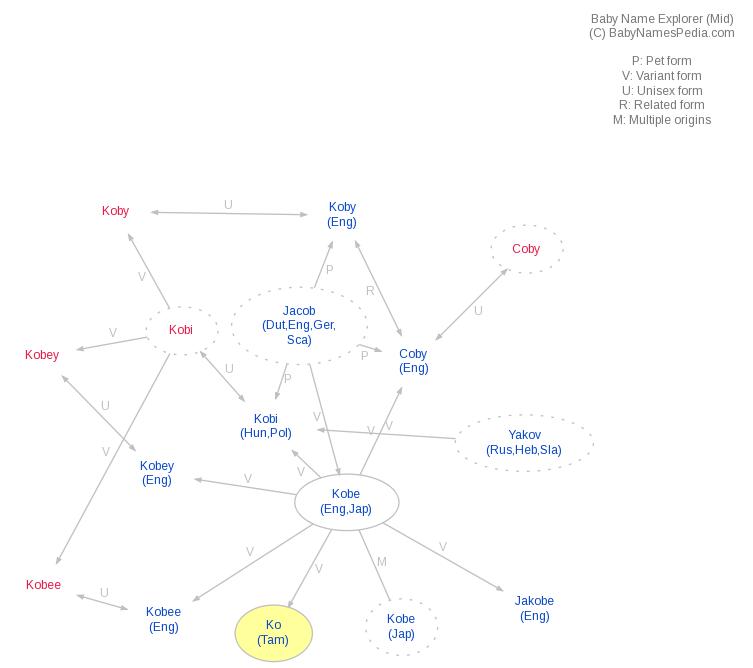