What does Korbyn mean?

[ syll. kor-byn, ko-rb-yn ] The baby boy name Korbyn is an English name of Old French origin. Korbyn is a variant of the name Corbin (English).

Korbyn is somewhat popular as a baby boy name. The name's popularity has been growing since the 2010s; before that, it was of infrequent use only. Its usage peaked modestly in 2018 with 0.011% of baby boys being named Korbyn. It had a ranking of #996 then. Among the family of boy names directly related to Korbyn, Corbin was the most popular in 2018. It was 6 times more popular than Korbyn in that year. 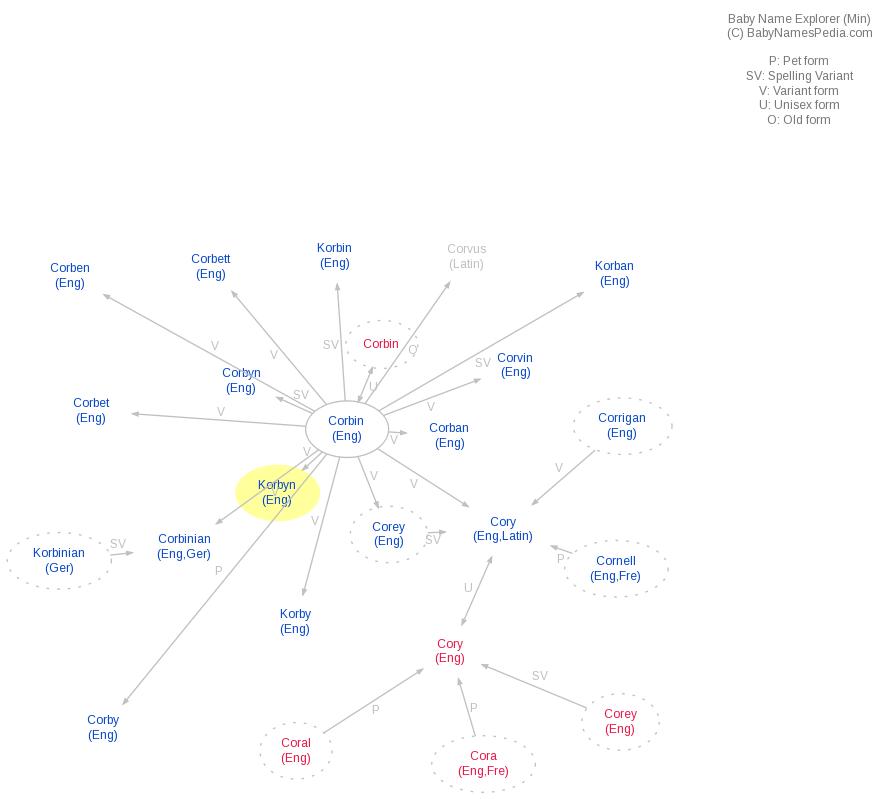