What does Kris mean?

[ 1 syll. kris, kr-is ] The baby boy name Kris is sometimes used as a girl name. It is pronounced in English as KRIHS †. Kris is used predominantly in the English, Scandinavian, and German languages, and its origin is Latin and Old Greek.

Kris is a variant (English) of the name Chris (English and Greek).

Kris is unusual as a baby name for boys. Its usage peaked modestly in 1974 with 0.025% of baby boys being given the name Kris. Its ranking then was #377. The baby name has since experienced a marked loss in popularity, and is currently of infrequent use. Among the group of boy names directly linked to Kris, Christopher was the most commonly used in 2018. There were times from 1947 to 1970 when more girls than baby boys were named Kris, but currently it is more often than not a baby boy name. In 1975, Kris as a baby boy name outnumbered its use as a girl name by 2 times. 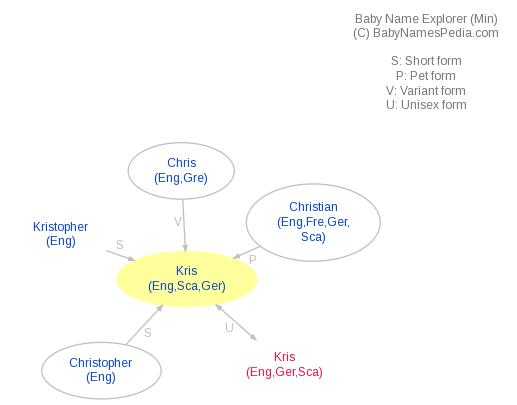