What does Krish mean?

[ syll. kris(h), kr-i-sh ] The baby boy name Krish is pronounced as KRIH-SH †. Krish's language of origin is Sanskrit and it is predominantly used in the Indian language.

In addition, Krish is a form of the Indian Krishna.

A form of Krish is the name Crish.

Variant forms inherit the origin and meaning of the name Krish.

Krish is an unusual baby boy name. Its usage peaked modestly in 2006 with 0.017% of baby boys being given the name Krish. It had a ranking of #625 then. The baby name has experienced a steep drop in frequency since then, and is of only sporadic use now. Among all boy names in its family, Krish was nonetheless the most commonly used in 2018. 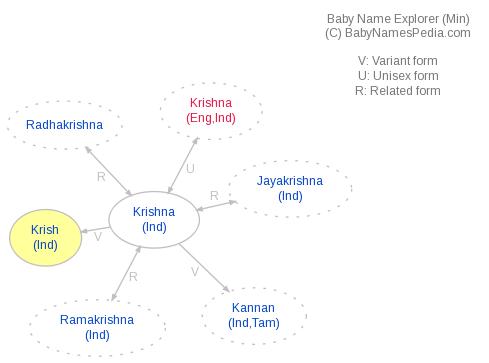