What does Krystal mean?

[ 2 syll. krys-tal, kr-yst-al ] The baby girl name Krystal is pronounced KRIHS-TaaL †. Krystal's language of origin is English and it is also predominantly used in English. The name was made popular by the character Krystle Carrington in the popular American TV series Dynasty (1981-1989,1991) portrayed by Linda Evans.

In addition, Krystal is a spelling variant of Crystal (English).

What are the Variant Forms of Krystal?

Variant forms inherit both the origin and meaning of Krystal.

Krystal is an uncommon baby girl name. At the modest height of its usage in 1985, 0.322% of baby girls were named Krystal. It had a ranking of #53 then. The baby name has seen a steep decline in popularity since then, and is of only irregular use now. In 2018, within the family of girl names directly related to Krystal, Crystal was the most popular. 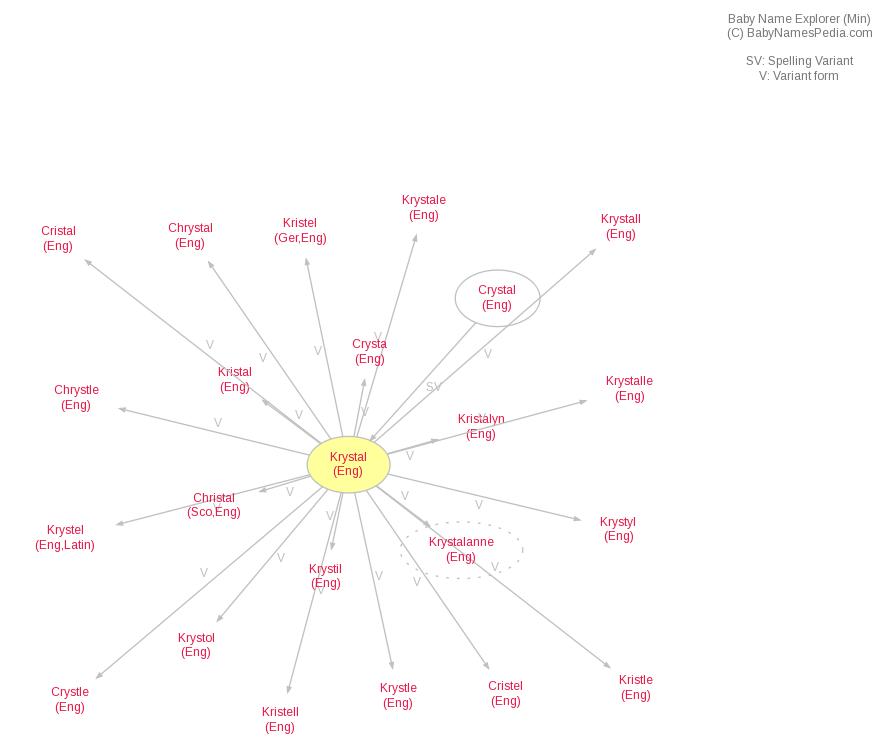