What does Kunigunde mean?

[ syll. ku-ni-gun-de, kun-igu-nde ] The baby girl name Kunigunde is pronounced as KUWNihGAHND- †. Kunigunde is primarily used in German and it is of Germanic origin. It is derived from the words 'kuoni' which means brave ; 'kunni' tribe, clan ; 'gund' fight. The first element of the name could be from the Germanic 'kuoni' or 'kunni' (meaning tribe, clan). The name was borne by Saint Cunigunde of Luxembourg (975-1040), the wife of the Holy Roman Emperor Henry II. It is also known from Cunégonde, a character in the Voltaire novel Candide (1759). The name was very popular in the medieval period.

Kunigunde is not popular as a baby girl name. It is not in the top 1000 names. 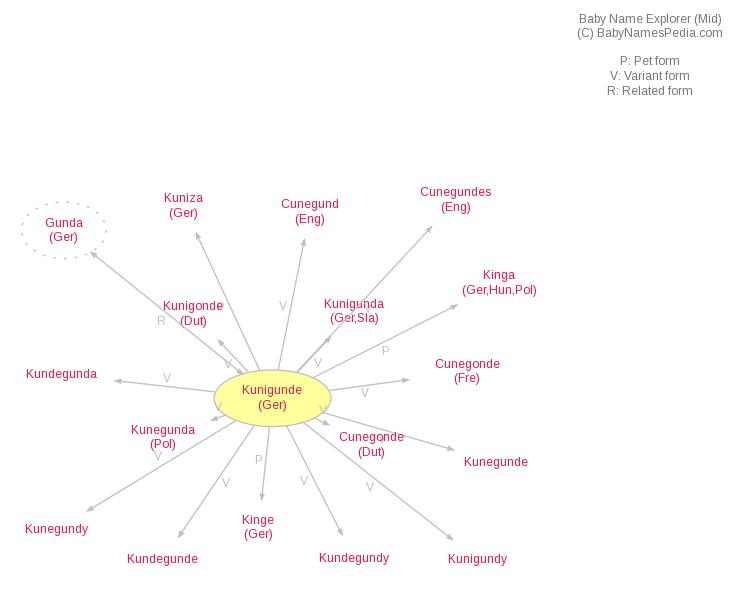