What does Kyler mean?

[ 2 syll. ky-ler, kyl-er ] The baby boy name Kyler is sometimes used as a girl name. It is pronounced as K-AYLer- †. Kyler is used chiefly in the English language, and its origin is Celtic and Scandinavian. From Scandinavian roots, its meaning is archer, bowman. The name is possibly from a Danish surname, or else a Dutch surname, of the meaning 'archer'. See Kyler for more information.

In addition, Kyler is a variant of the name Kyle (English and Gaelic).

Kyler is fairly popular as a baby name for boys. The name's popularity has been growing since the 1980s; before that, it was of very light use only. Its usage peaked modestly in 2011 with 0.068% of baby boys being given the name Kyler. Its ranking then was #253. In 2018, its usage was 0.059% and its ranking #303. Among the group of boy names directly linked to Kyler, Kyle was the most commonly used. In 2018, it was 48% more popular than Kyler. Kyler has in the past century been predominantly given to baby boys. 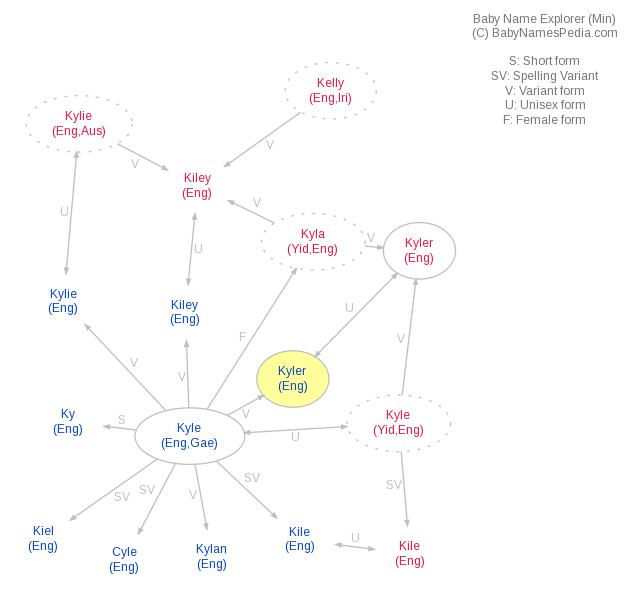