What does Kyra mean?

Kyra's language of origin is Old Persian. It is predominantly used in English and German. The meaning of Kyra is 'far-sighted; throne; sun'. It is a biblical name derived from khuru which means 'throne' ; khur 'sun'. The generic name has been used in the Old Testament of the Bible. Kyra is the feminine equivalent of the English and Iranian Cyrus.

Kyra has its origins in the Old Greek language and it is used largely in German. The meaning here is 'of the lord'. It is derived from the element kyrios which is of the meaning 'lord'.

Kyra's origin is Celtic, and its use, Irish. Meaning: 'little dark one, little dark-haired one'. It is derived from the word ciar with the meaning 'black'. Kyra is the feminine equivalent of the English and Irish Kieran. 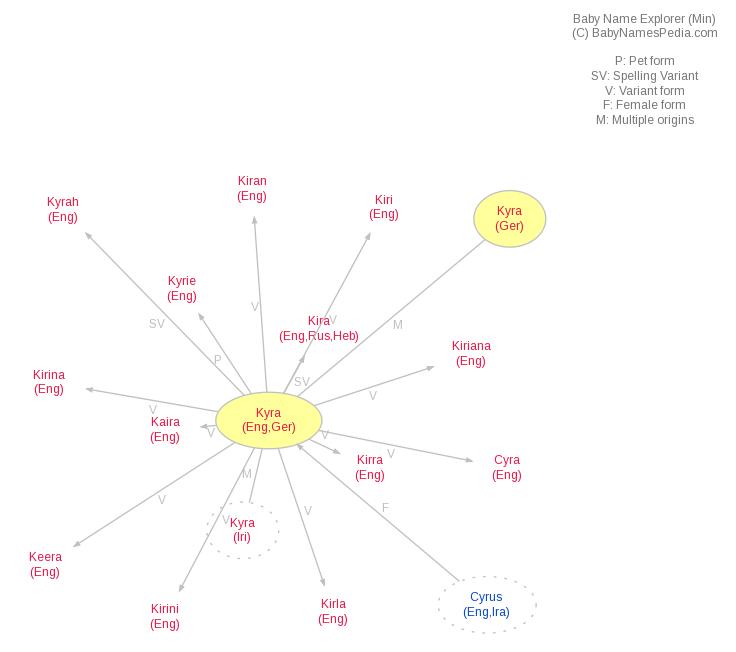