What does Kyree mean?

[ syll. ky-ree, kyr-ee ] The baby boy name Kyree is pronounced as KIHR- †. Kyree is used predominantly in the Arabic language and it is also derived from Arabic origins. Kyree is a variation of the name Kyrie (Arabic). 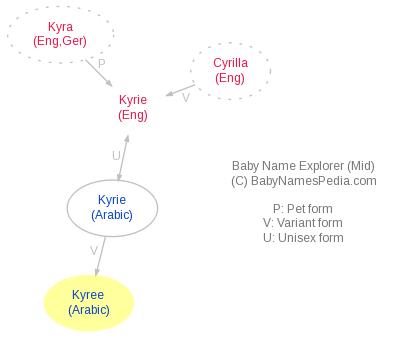