[ syll. la-kay-la, lak-a-yla ] The baby girl name Lakayla is pronounced as LAEKEY-LAH †. The origin of Lakayla is the English-American language. The name is derived from the combination of the prefix 'La-' and the name Kayla.

Variant forms inherit the origin and meaning of the name Lakayla.

Lakayla is an uncommon baby girl name. It is not in the top 1000 names. In 2018, among the family of girl names directly related to Lakayla, Kayla was the most widely used. 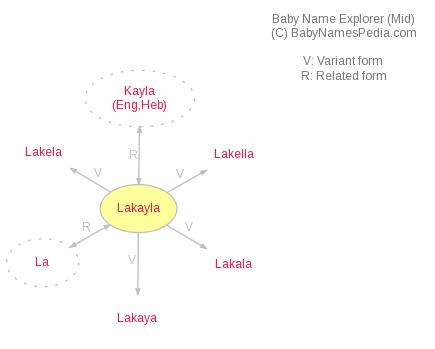