What does Lamont mean?

[ 2 syll. la-mon(t), lam-o-nt ] The baby boy name Lamont is pronounced as LaaMAHNT †. Lamont is mainly used in English and its language of origin is Old Norse. The name Lamont means lawyer, man of law. It is derived from the words 'lag' which means law ; 'madhr' man. The first name is from the Scottish family name, which is itself from an Old Norse job title for someone who works in a law-related job.

Lamont is unusual as a baby boy name. Its usage peaked modestly in 1972 with 0.062% of baby boys being named Lamont. It had a ranking of #215 then. The baby name has markedly slipped in popularity since then, and is today of irregular use. Among all boy names in its family, Lamont was nevertheless the most frequently used in 2018. 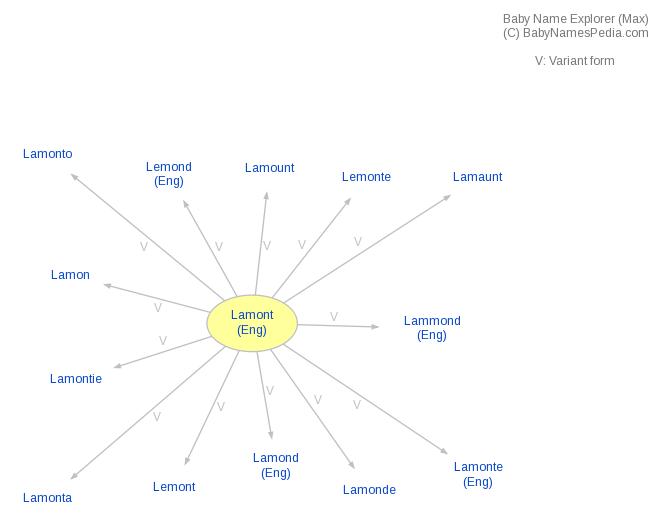