What does Lane mean?

[ 1 syll. la-ne, lan-e ] The baby boy name Lane is sometimes used as a girl name. It is pronounced as Ley-N †. Lane is used chiefly in the English language, and it is derived from Old French and Old English origins. Old English origin: Its meaning is literally from the word 'lane'. The first name is derived from the surname, which is itself originally a byname for someone living along or near a lane.

In addition, Lane is a variant of the name Delaney (English).

Laine (English variant spelling) is another form of Lane.

Lane is popular as a baby name for boys. The name's popularity has been growing since the 1930s. Its usage peaked modestly in 2011 with 0.064% of baby boys being given the name Lane. It ranked at #270 then. In 2018, its usage was 0.062% and its ranking #290, and it was the most popular among all boy names in its group. In 2018, Lane was thrice as popular as the subsequent ranked name, Layne. Lane has mostly been a baby boy name in the past century. 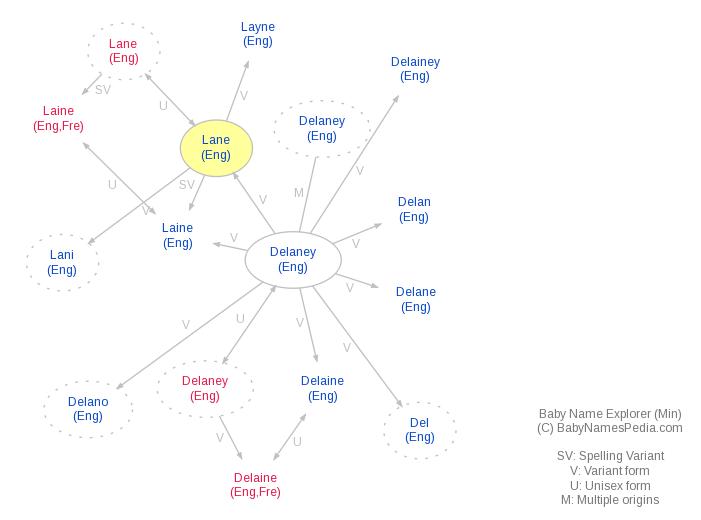