What does Laney mean?

[ 2 syll. la-ney, lan-ey ] The baby girl name Laney is also used as a boy name, though it is far more popular for girls. It is pronounced as LEY-Niy- †. Laney has its origins in the Old French and Old English languages. It is used largely in English.

Laney is a contracted form of the English Delaney.

Laney is also a diminutive of the English Lane.

Laney is somewhat popular as a baby girl name. The name increased in popularity from the 1990s up to the 2000s; prior to that, it was of only sporadic use. Its usage peaked modestly in 2005 with 0.031% of baby girls being named Laney. It had a ranking of #478 then. The baby name has slipped in popularity since then. In 2018, it ranked at #728 with a usage of 0.021%. Among the family of girl names directly related to Laney, Delaney was the most commonly used. The name was thrice as popular as Laney in 2018. Laney has mainly been a baby girl name in the last century. 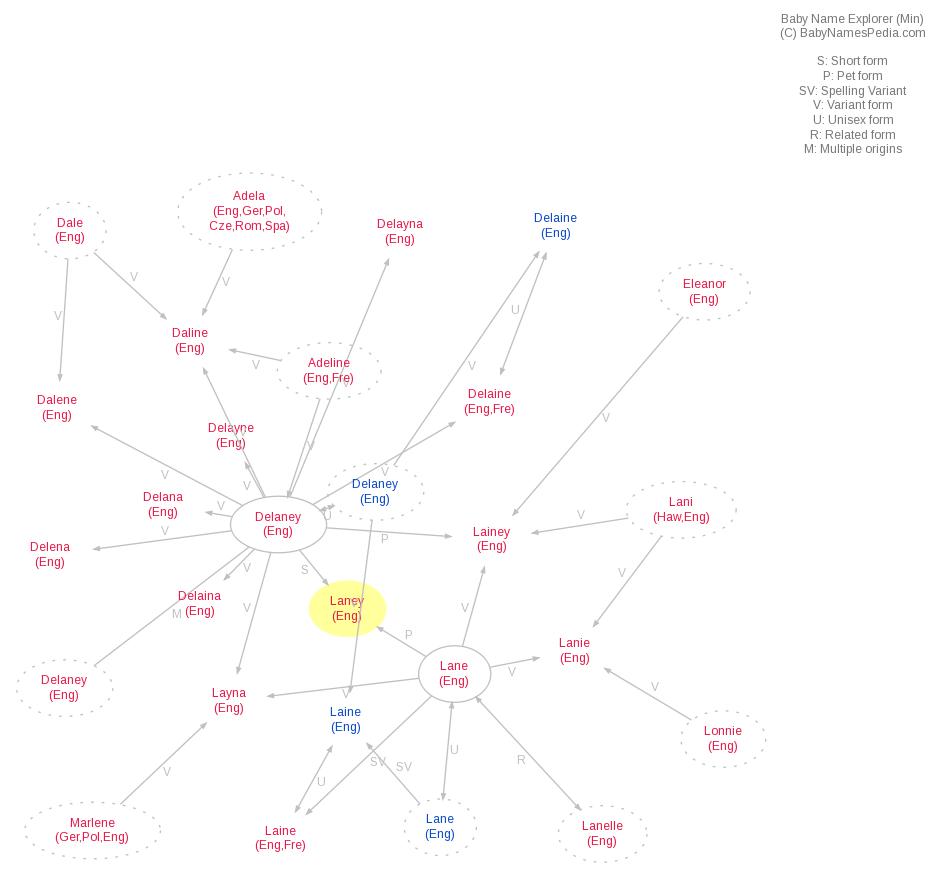