What does Lari mean?

[ syll. la-ri, lar-i ] The baby girl name Lari is pronounced as LAARiy †. Lari is used chiefly in English, and it is derived from Latin and Old Greek origins. From Latin roots, its meaning is famous.

Lari is a pet form of the name Lara (English, Russian, Slavic, and German).

Lari is also a variant of the name Larissa (German and Russian).

Lari is also a variant of Laura in the English language.

Lari is seldom used as a baby name for girls. It is listed outside of the top 1000 names. In 2018, among the group of girl names directly related to Lari, Laura was the most widely used. 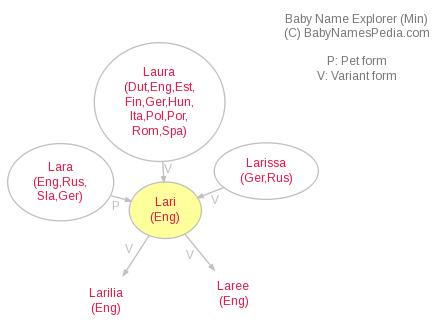