What does Larina mean?

[ 3 syll. la-ri-na, lar-ina ] The baby girl name Larina is pronounced Laa-RIY-Naa †. Larina's origin is Unknown and Old French, and its use, English and German. The name could have evolved from the name Lara.

Larina is a pet form (English) of Lara (English, Russian, Slavic, and German).

Larina is also a variation of Lorraine (English and French).

Both the origin and meaning of Larina is inherited by all variant forms.

Laren (short form) is another variant of Larina.

Larina is infrequently used as a baby name for girls. It is not listed in the top 1000 names. Within the group of girl names directly linked to Larina, Lara was the most popular in 2018. 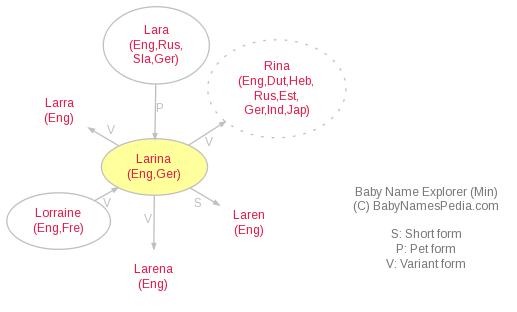