What does Larissa mean?

[ 3 syll. la-ris-sa, lar-i-ssa ] The baby girl name Larissa is pronounced as Laa-RIHS-aa- †. Larissa is used predominantly in the German and Russian languages. Its origin is Old Greek. It is derived from the word 'laros' meaning lovely. The name is of disputed origin; it could be also from Larissa, the name of the capital city of Thessaly in Greece. The name was borne by Saint Larisa, an early Greek martyr who was venerated in the Eastern Church.

Larissa has 29 variations that are used in English and other languages. Variations of Larissa used in English include Lareesa, Laresa, Laresha, Laressa, Lari, Larisha, Lariss, Larissah, Larissas, Larisse, Larissia, Laritza, Larizza, Larryssa, Larysse, Laurissah, Lerissa, Lorissa, and Lyssa. Other English forms include the short form Lara (also used in Russian, and Slavic), the diminutives Lacey and Lacy, and the variant spellings Larrisa, Larrissa, Laryssa, Laurisa, and Laurissa. A variation of the name in other languages is Larochka (Russian). Another foreign form is the variant spelling Larisa (German and Russian).

Larissa is a rare baby girl name. At the modest peak of its usage in 1994, 0.037% of baby girls were given the name Larissa. It had a ranking of #364 then. The baby name has fallen from favor since then, and is currently of sporadic use. In 2018, out of the family of girl names directly linked to Larissa, Lacey was the most regularly used. 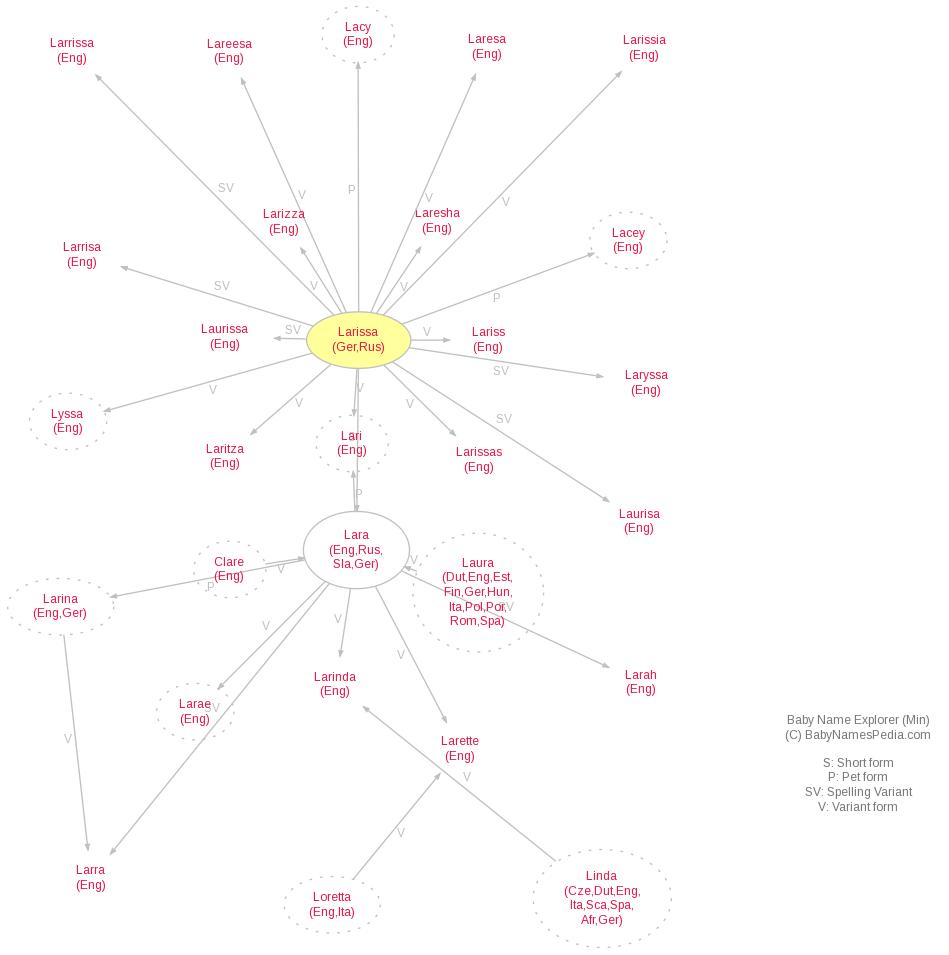