What does Lashanna mean?

[ syll. las-han-na, la-sha-nna ] The baby girl name Lashanna is mainly used in the English language, and its language of origin is Celtic, Hebrew, Sanskrit, and Hebrew. Lashanna is a variant form of the English and Russian name Shanna.

Lashanna is infrequently used as a baby name for girls. It is not ranked within the top 1000 names. 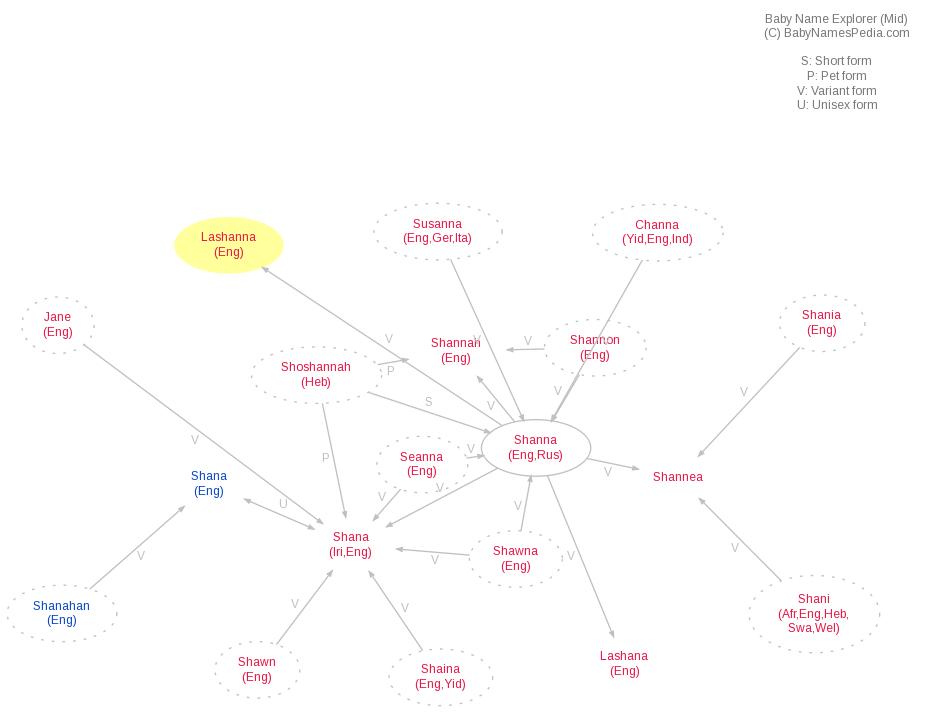