What does Lashawn mean?

[ 2 syll. las-haw(n), la-sha-wn ] The baby boy name Lashawn is also used, and more commonly so, as a girl name. Its pronunciation is Laa-SHAAN †. Lashawn is used predominantly in the English language and its origin is English-American. The name is a recent coinage from the combination of the name component 'La-' and the name Shawn.

Lashawn is rare as a baby name for boys. At the modest peak of its usage in 1977, 0.006% of baby boys were given the name Lashawn. Its ranking then was #830. The baby name has since experienced a fall in popularity, and is currently of infrequent use. In 2018, out of the group of boy names directly linked to Lashawn, Shawn was the most widely used. Lashawn has predominantly been a girl name in the past century. In 1980, 88% more girls than boys were given the name Lashawn. 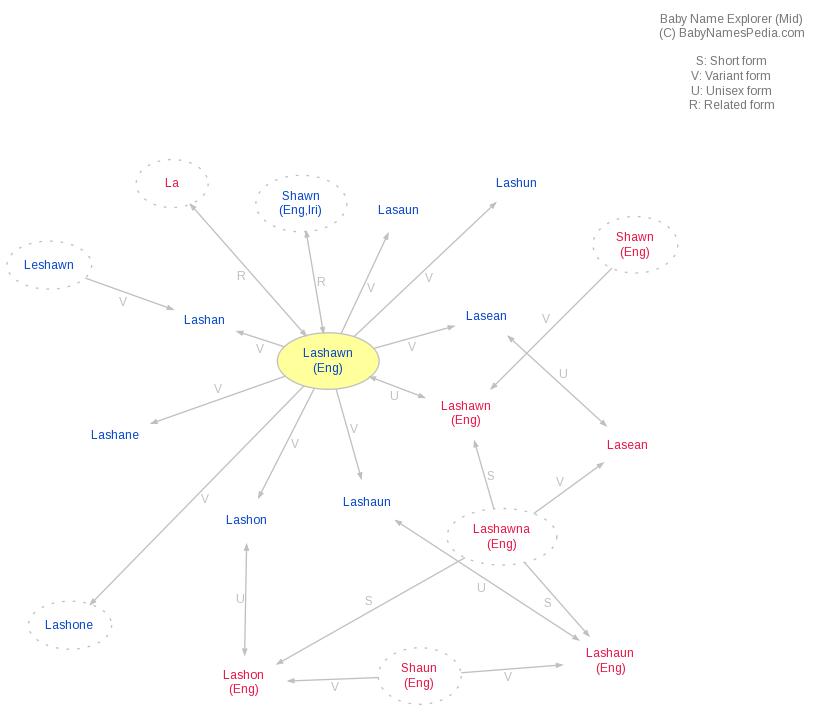