What does Latifa mean?

Another form of Latifa is the Arabic and English spelling variant Lateefa.

Latifa is not often used as a baby girl name. It is not in the top 1000 names.

Baby names that sound like Latifa include Lateefa (Arabic and English), Latifah (African, Arabic, English, and Swahili), and Latifu (African and Swahili). 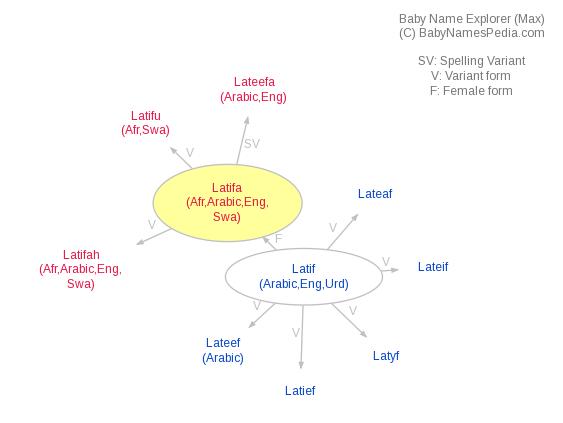