What does Latricia mean?

[ 3 syll. la-tri-cia, lat-ric-ia ] The baby girl name Latricia is pronounced Laa-TRIH-SHaa †. Latricia's language of origin is English-American and it is predominantly used in English. The name is recently coined from the combination of the popular prefix 'La-' and the name Tricia.

Latricia is a variant form of the English Latrice.

Variant forms share the origin and meaning of the name Latricia.

Latricia is a rare baby name for girls. At the modest peak of its usage in 1974, 0.016% of baby girls were named Latricia. It ranked at #615 then. The baby name has since suffered a steep drop in frequency, and is of only irregular use today. Out of all girl names in its group, Latricia was nevertheless the most widely used in 2018. 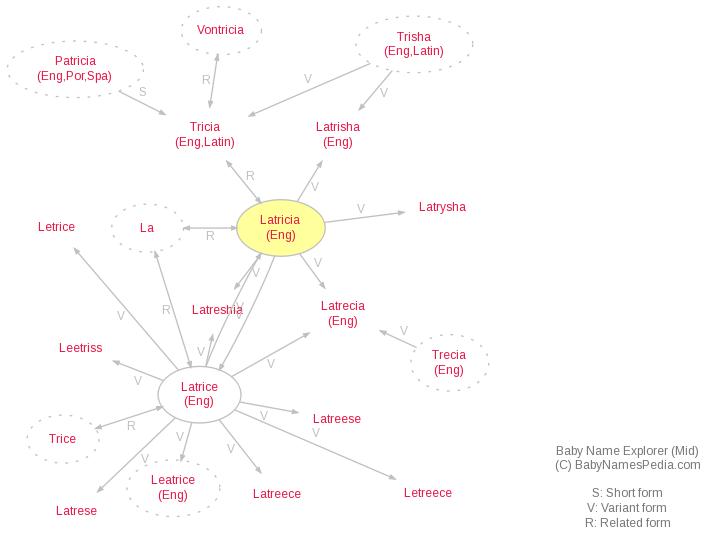