What does Layton mean?

[ 2 syll. lay-ton, la-yt-on ] The baby boy name Layton is pronounced LEY-TahN †. Layton has its origins in the Old English language and it is used largely in English. Layton is a spelling variant of Leighton (English). 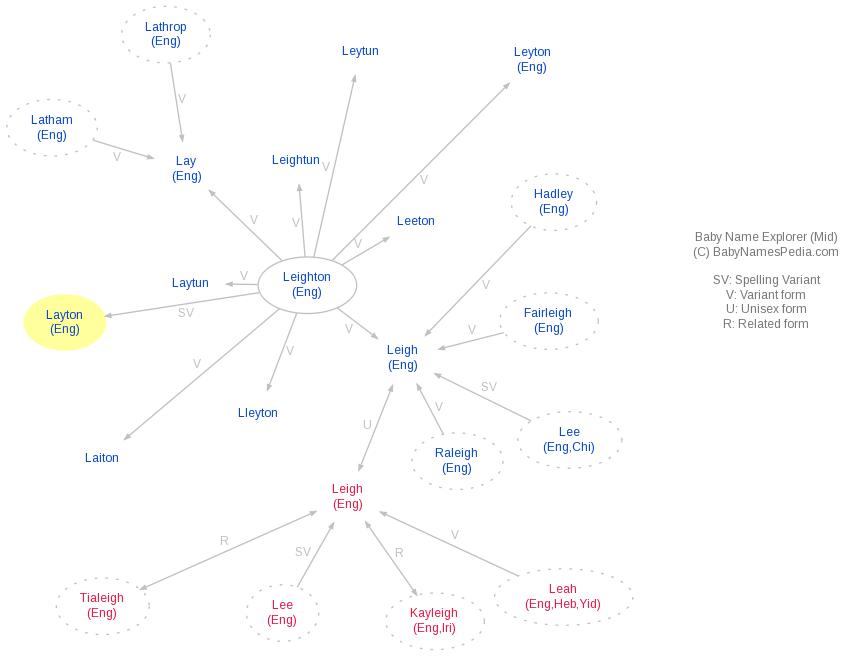