What does Leah mean?

[ 2 syll. lea(h), le-ah ] The baby girl name Leah is also used as a boy name, though the use for girls is far more popular. It is pronounced LIY-ah (English) †. Leah's language of origin is Hebrew. It is predominantly used in English, Hebrew, and Yiddish. The name is of disputed origin; it could be of the element le'ah (meaning 'gazelle, antelope, cow') or la'ah ('tired, weary'). It was borne by the first wife of Jacob in the Bible, whom Jacob was deceived into first marrying when he actually wanted to marry the younger sister Rachel. The name was adopted on a moderate scale by the 17th century English Puritans, and mainly among Jews.

Leah has 22 forms that are used in English and foreign languages. English forms of the name include Laya, Leaha, Leatha, Leeya, Leigh, Leighia, Liah, Liegh, Liyah, and Lía. Other English forms include the familiar form Lee, and the spelling variants Lea (used in French, German, Italian, and Polish too), Leea, Leeah, Leia, Leiah, Leigha, Leighah, Leya, Leyah, and Lia (used in French, German, Hebrew, Italian, and Portuguese too). The French Léa is a form of Leah that is used in foreign languages. 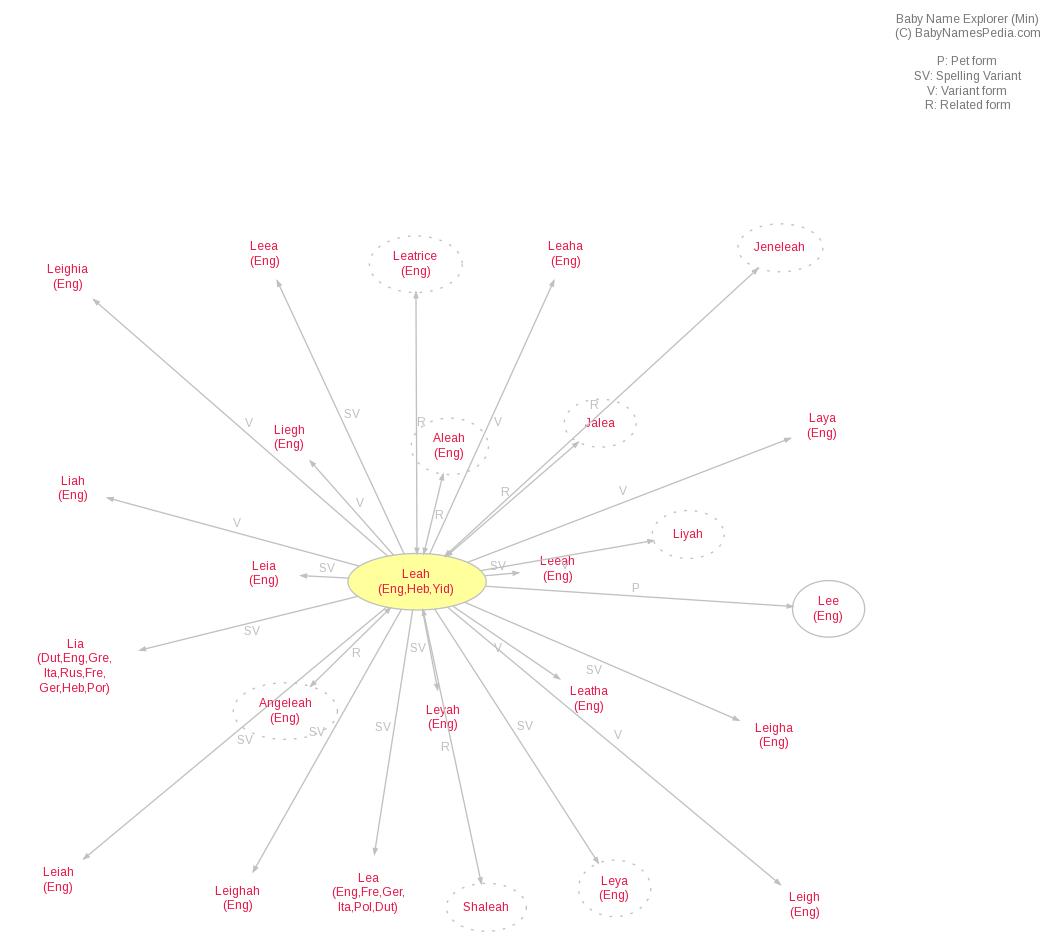