What does Leanne mean?

[ 2 syll. lea-(n)ne, le-a-nne ] The baby girl name Leanne is pronounced Liy-AE-N †. Leanne has its origins in the English and French languages. It is used largely in the English language. The name was coined recently as a combination of Lee and Anne.

In addition, Leanne is an English variant transcription of Liana (English, French, German, Italian, and Portuguese).

Variant forms inherit both the origin and meaning of Leanne.

Leanne is uncommon as a baby girl name. At the modest height of its usage in 1969, 0.045% of baby girls were given the name Leanne. It had a ranking of #321 then. The baby name has dropped out of favor since then, and is of only irregular use now. In 2018, within the family of girl names directly linked to Leanne, Liana was the most widely used. 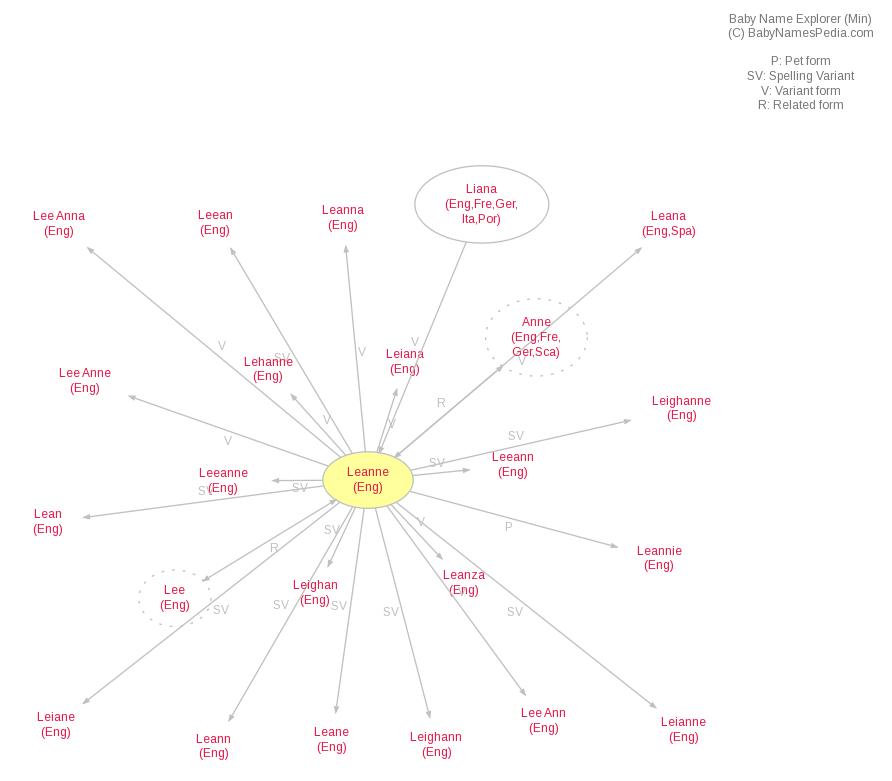