What does Leland mean?

[ 2 syll. le-lan(d), lel-a-nd ] The baby boy name Leland is sometimes used as a girl name. It is pronounced as LIY-LahND †. Leland is used predominantly in the English language and it is derived from Old English origins. The name's meaning is fallow land. It is derived from the elements 'laege' meaning fallow ; 'land'. The first name is from an English surname, which was originally a byname for someone who lived near fallow land. The first name was adopted in the 19th century, especially in the USA, where it was also known from the humorist Charles Godfrey Leland (1824 ? 1903), who wrote the Hans Breitmann Ballads.

Leeland (English variant spelling) is another form of Leland.

Leland is a classic favorite. Today it is still a fairly popular baby name for boys, though not to the extent it was in the past. Its usage peaked in 1921 with 0.076% of baby boys being given the name Leland. It ranked at #171 then. The baby name has since experienced a steep fall in popularity, and it is of very modest use in recent years. In 2018, its usage was only 0.039% and its ranking #419, but it was nonetheless the most commonly used among all boy names in its group. In the past century Leland has mostly been a baby boy name. 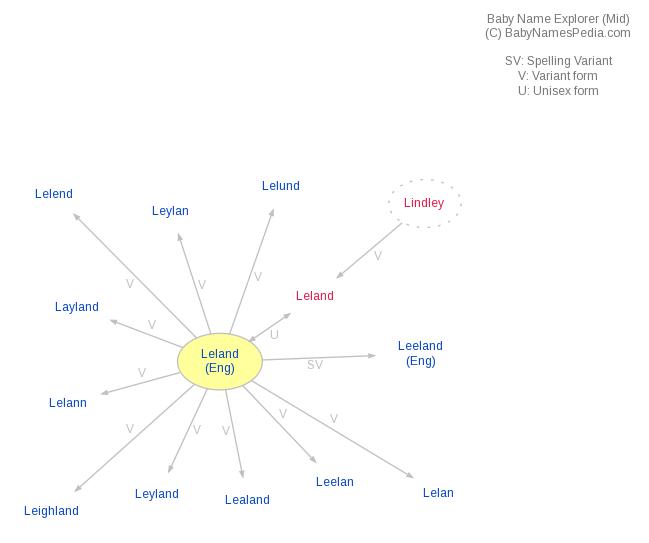