What does Lelia mean?

[ 3 syll. le-lia, lel-ia ] The baby girl name Lelia is pronounced LEY-Liy-aa- †. Lelia's language of origin is Arabic and Latin. It is predominantly used in Greek and Italian. Latin origin, Italian use: Its meaning is from the word laevus. The first name is from Laelia (Latin), which is itself derived from the Roman family name Laelius (Latin), which is of uncertain meaning. Laelia is also the name of a genus of the orchid flower.

In addition, Lelia is a form of the Arabic and English Layla in the Greek language.

Lelia is the feminine form of the Italian Lelio.

Lelia is a rare baby girl name. In 1900, 0.065% of baby girls were named Lelia. It was #216 in rank then. The baby name has steeply dropped in popularity since then, and is of only sporadic use today. In 2018, out of the family of girl names directly related to Lelia, Layla was the most frequently used. 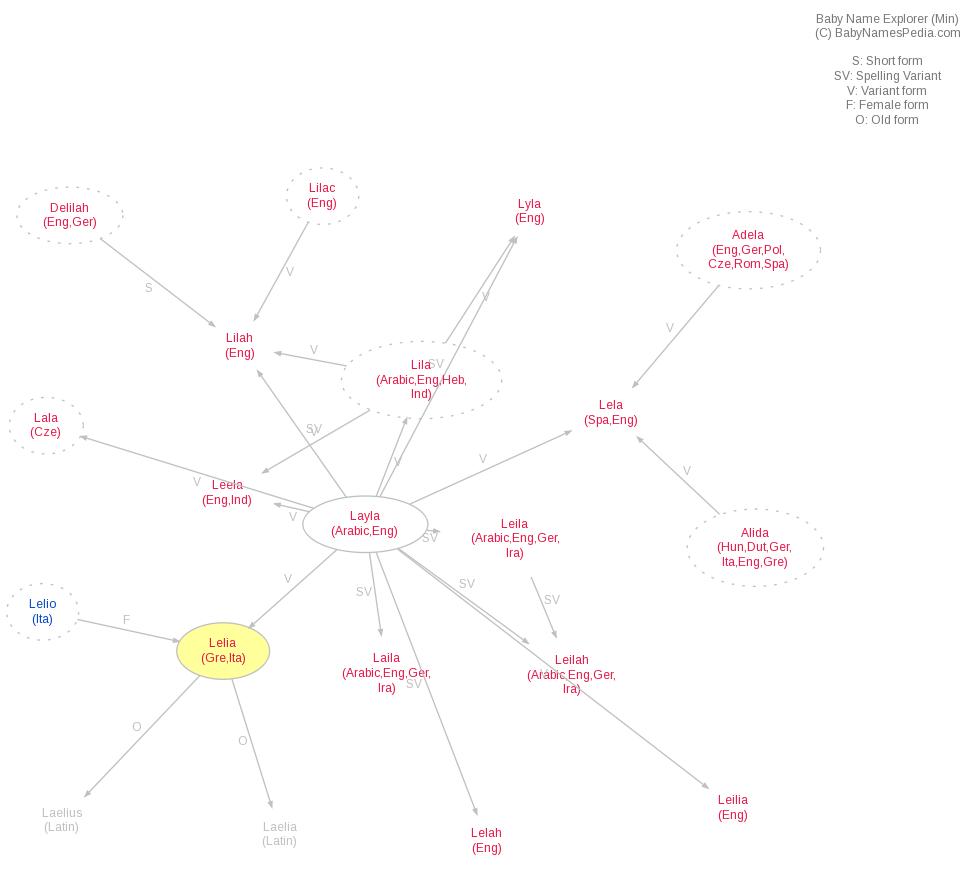