What does Lenore mean?

[ 2 syll. le-no-re, len-ore ] The baby girl name Lenore is pronounced as Leh-NAOR †. Lenore is of Old Provençal and Old Greek origin. It is used mainly in the English and Russian languages. The name was used by Edgar Allan Poe for the lost love of the narrator in his poem The Raven (1845).

In addition, Lenore is a contraction of the English Eleanor in the English and Russian languages.

Lenore is also a variant form of the English Helen.

Variant forms share the origin and meaning of the name Lenore.

Lenore is unusual as a baby girl name. Its usage peaked modestly in 1929 with 0.037% of baby girls being given the name Lenore. It had a ranking of #315 then. The baby name has fallen out of favor since then, and is of only irregular use today. Among the family of girl names directly linked to Lenore, Eleanor was the most widely used in 2018. 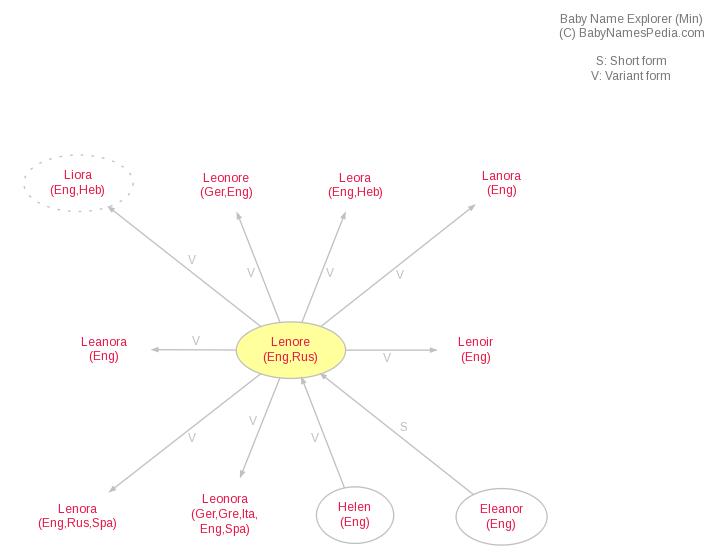