What does Leonard mean?

[ 2 syll. leo-nar(d), le-ona-rd ] The baby boy name Leonard is pronounced as LEHN-ahRD in English or Leh-AO-NaaRT in Polish †. Leonard is used chiefly in the English, German, and Polish languages, and it is derived from Germanic origins. A two-element name, it is derived from the elements 'leon' meaning lion ; 'hart' brave, hardy. The name was borne by Saint Leonard of Noblac (-559), who was a Frankish noble in the court of Clovis I. It was also famous from the Italian Renaissance artist and scientist Leonardo da Vinci (1452-1519). The name was brought into England by the Normans, but did not appear commonly in the Middle Ages. It later enjoyed a significant revival in the 19th century. It is now also used by Jews. The name Leonarda (English) is the female form of Leonard.

What are the Variant Forms of Leonard?

Leonard is a classic favorite. At present it is still fairly popular as a baby name for boys, though it was in more widespread use previously. At the height of its usage in 1920, 0.501% of baby boys were given the name Leonard. Its ranking then was #38. The baby name has since experienced a substantial loss in popularity, and is of occasional use in recent years. In 2018, its usage was only 0.021% and its ranking #633. Within the group of boy names directly linked to Leonard, Leo was the most popular. In 2018, its use outnumbered Leonard's by 16 times. 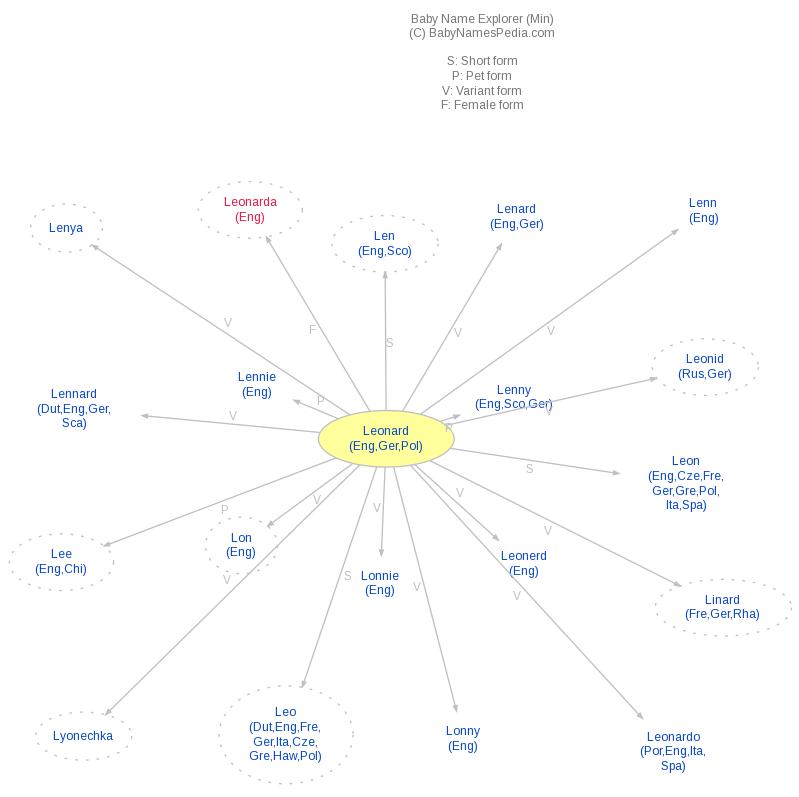