What does Leopold mean?

[ 3 syll. leo-pol(d), le-opo-ld ] The baby boy name Leopold is pronounced as LIY-ah-PowLD in English or Leh-AO-PaoLT in Polish †. Leopold is an English and German name of Germanic origin. The name's meaning is of bold people. A two-element name, it is derived from the elements 'liut' meaning people ; 'bald' bold, brave. Leodebald (Germanic) and Liutpold (Germanic) are older forms of Leopold. The name was borne by many members of royal families in Europe. The name was first introduced by the Normans into England, and it saw a slight revival in the late 19th century, popularized by King Leopold of the Belgians (1790-1865), who was the uncle of Queen Victoria; the third son of the latter was named Prince Leopold after the King. The name was later borne by two emperors of the dual monarchy of Austria-Hungary. The name Leopoldine (German) is the female version of Leopold.

Leopold is uncommon as a baby name for boys. At the modest height of its usage in 1916, 0.009% of baby boys were given the name Leopold. It ranked at #666 then. The baby name has since fallen in popularity, and is currently of sporadic use. Within the group of boy names directly linked to Leopold, Leo was the most regularly used in 2018. 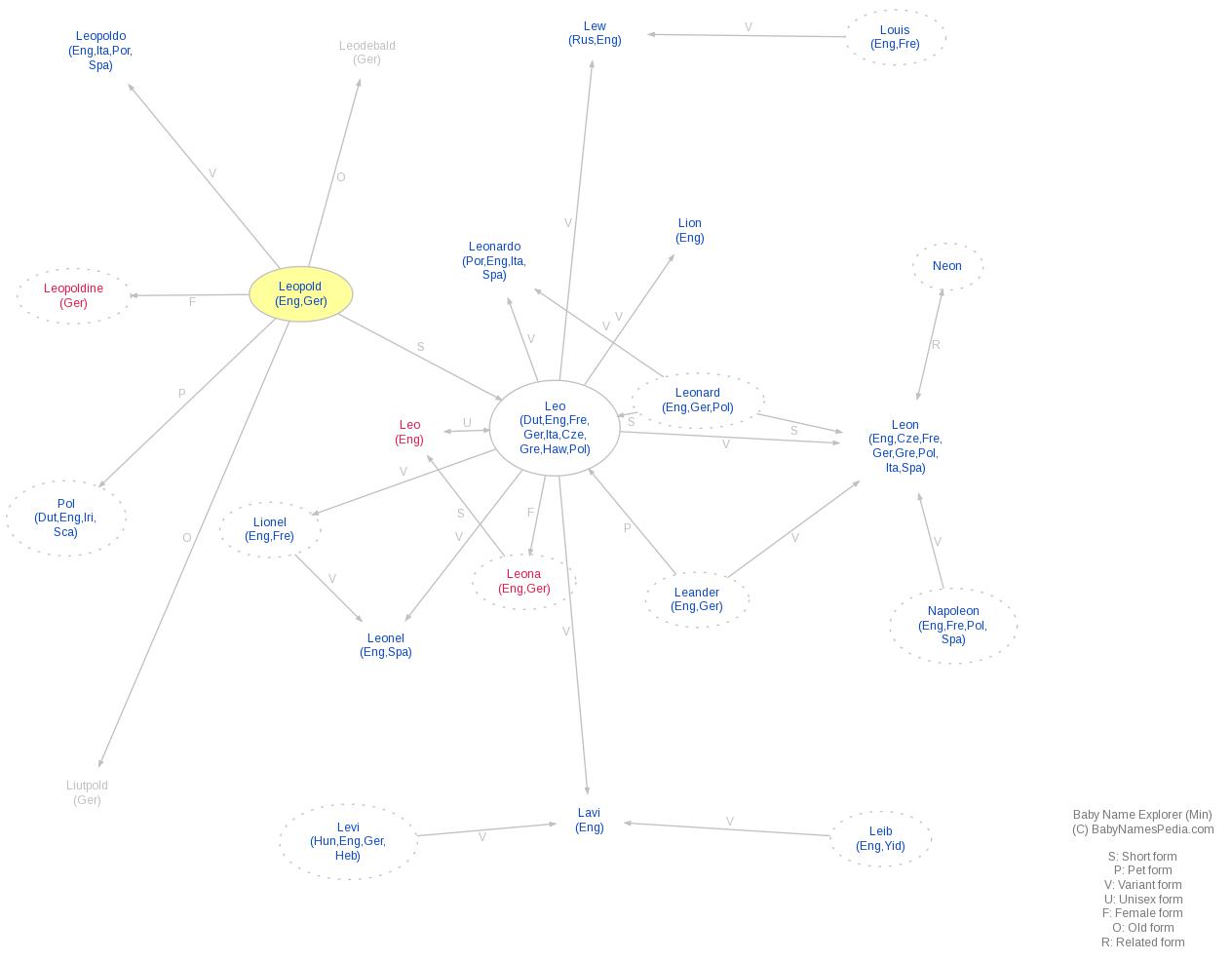