What does Leopoldo mean?

[ 4 syll. leo-pol-do, le-opo-ldo ] The baby boy name Leopoldo is pronounced as Leh-ow-POWL-Dow in Spanish †. Leopoldo is mainly used in English, Italian, Portuguese, and Spanish, and it is of Germanic origin. Leopoldo is a variant form of the English and German name Leopold.

Leopoldo is an uncommon baby name for boys. At the modest height of its usage in 1929, 0.006% of baby boys were named Leopoldo. Its ranking then was #782. The baby name has since experienced a loss in popularity, and is today used on an infrequent scale. Within all boy names in its group, Leopoldo was nevertheless the most regularly used in 2018. 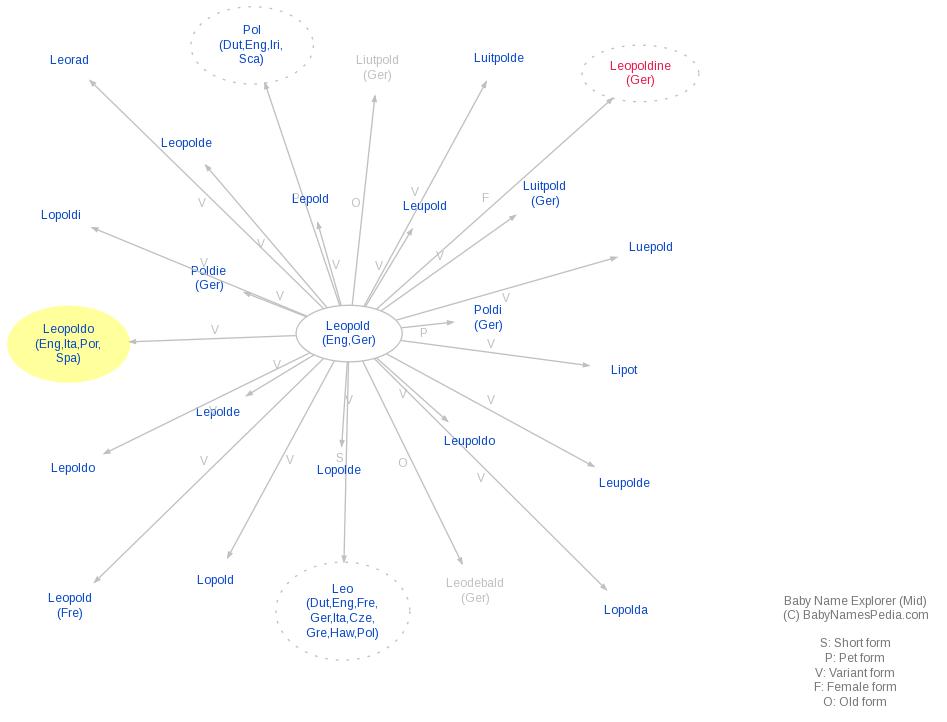