What does Lev mean?

[ 1 syll. lev, le-v ] The baby boy name Lev is pronounced as LehV or Liyeh-V †. Lev is mainly used in the Czech, Russian, and Hebrew languages, and its language of origin is Latin and Hebrew.

Lev is also a variant form of the Hungarian, English, German, and Hebrew name Levi in the Hebrew language.

Lev is infrequently used as a baby name for boys. It is ranked outside of the top 1000 names. In 2018, within the group of boy names directly linked to Lev, Levi was the most popular. 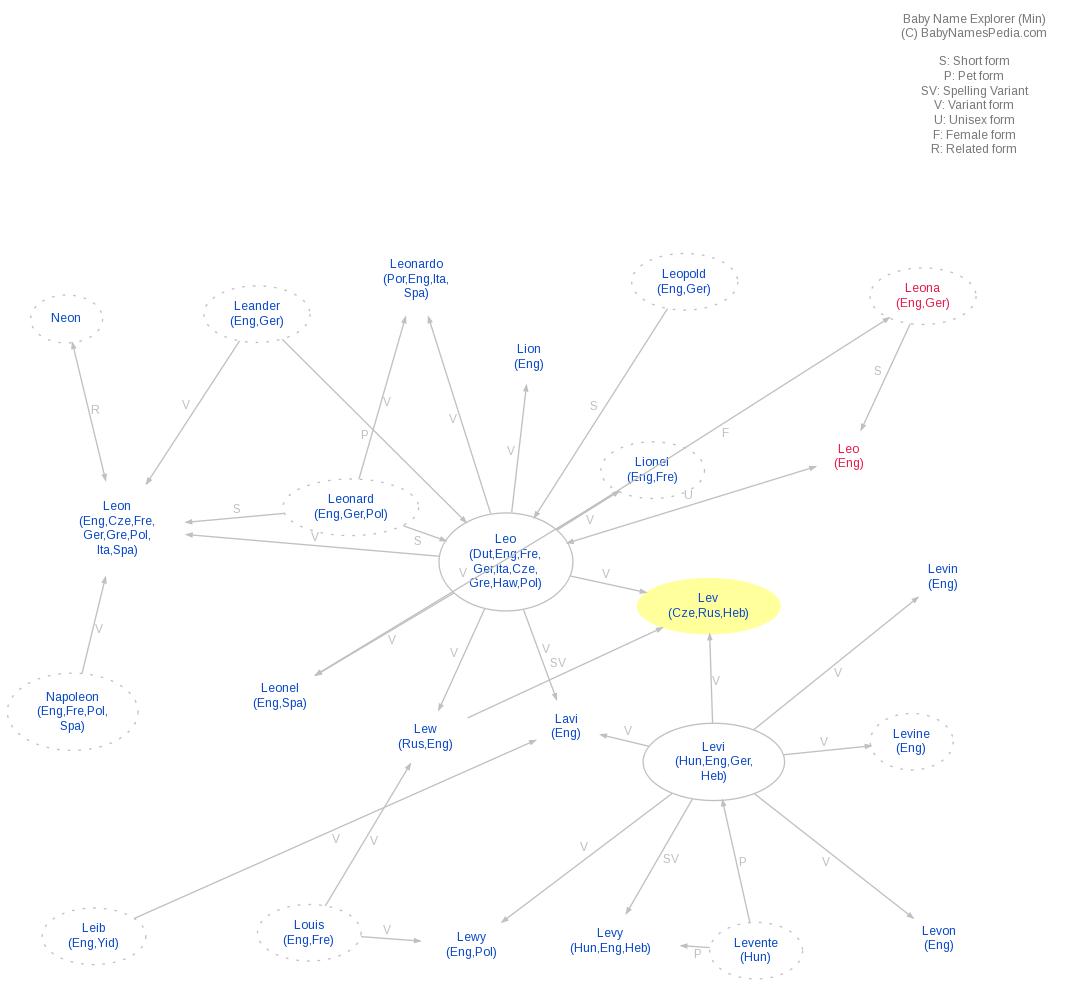