What does Levi mean?

[ 2 syll. le-vi, lev-i ] The baby boy name Levi is sometimes used as a girl name. Its pronunciation is LIY-Vay (English) †. Levi is used chiefly in the Hungarian, English, German, and Hebrew languages, and its origin is Hungarian and Hebrew. Hebrew origin, English, German, and Hebrew use: A biblical name, it is derived from the elements 'lewi' meaning attached, associated, pledged, joined to ; 'lavah' to attach, to associate, to pledge, to join to. The name was borne in the Old Testament of the Bible by the third son of Jacob and Leah; the latter expressed that with the birth of their third son, her husband would be 'joined unto' her and thus she named her baby Levi. The Levites are descended from Levi, and they are one of the twelve tribes of Israel. In the New Testament, the apostle Matthew was also known as Levi. The name was consequently taken up by English Puritans in the 17th century, and has long been common with Jews.

In addition, Levi is a pet form of the name Levente (Hungarian).

Levi has 17 variants that are used in English and other languages. Variants used in English include Lavi, Leavi, Leevi, Leevie, Levee, Levie, Levin, Levine, Levitis, Levon, Levyn, Lewy (used in Polish too), and Leyvi. The variant spelling Levy (used in Hungarian and Hebrew too) is another English form. Lev (Hebrew), Levey (Hebrew), and Lewi (Hebrew) are foreign variants of Levi.

Levi is very popular as a baby name for boys, and it is also viewed as trendy. The name's popularity has been rising since the 1960s. At the modest peak of its usage in 2018, 0.438% of baby boys were given the name Levi. Its ranking then was #33. Out of all boy names in its group, Levi was the most frequently used in 2018. Levi has predominantly been a baby boy name in the past century. 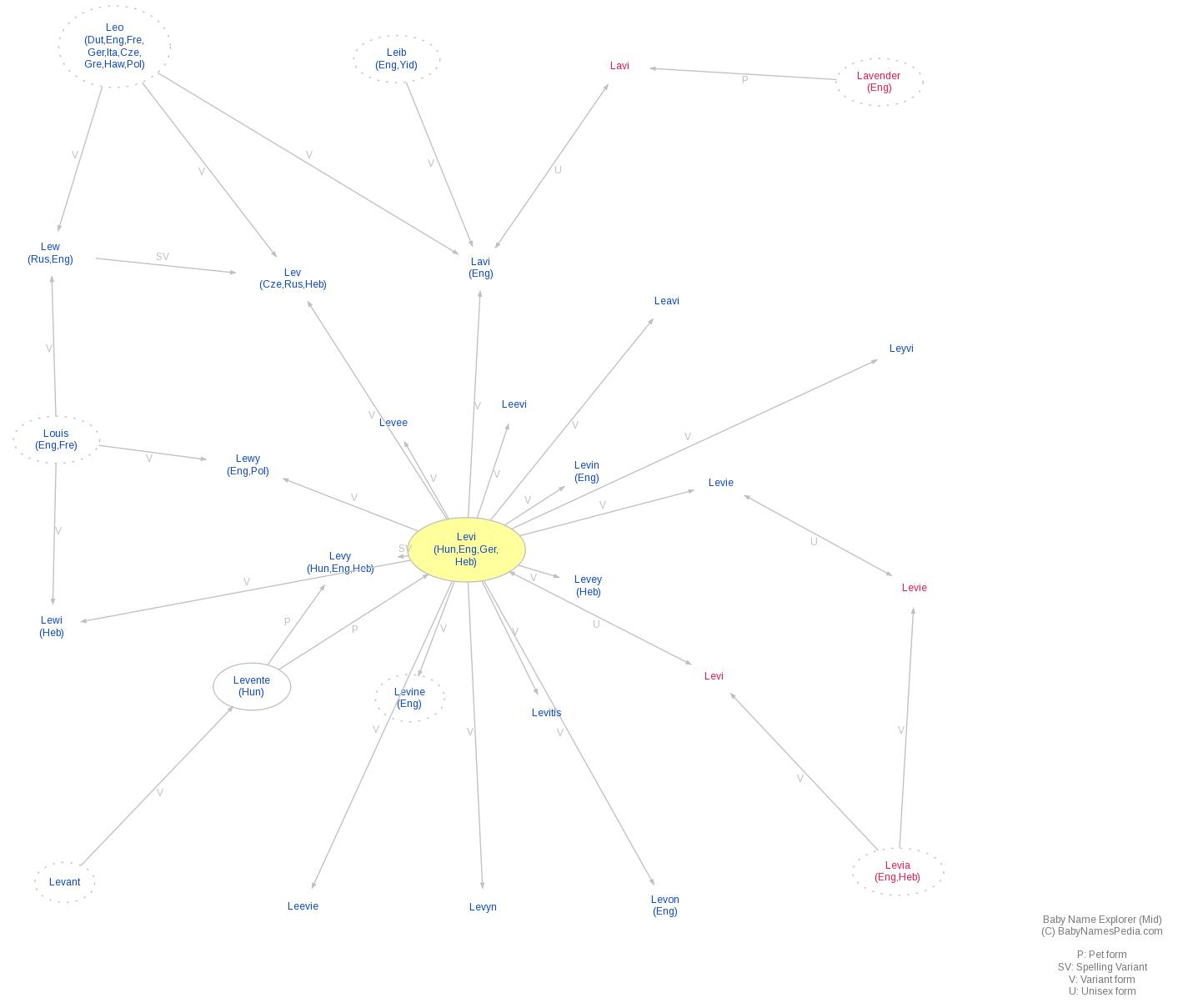