What does Lexis mean?

[ 2 syll. le-xis, lex-is ] The baby girl name Lexis is also used as a boy name, though it is far more popular for girls. It is pronounced LEHKS-ihS- †. Lexis' origin is Old Greek, and its use, English.

Lexis is an English form of the English, German, Spanish, French, and Greek Alexis.

Lexis is also a form of the English Lexie.

Lexis is uncommon as a baby girl name. At the height of its usage in 1998, 0.011% of baby girls were named Lexis. It was #948 in rank then. The baby name has seen a substantial decline in frequency since then, and is used only on a very modest scale now. In 2018, within the family of girl names directly related to Lexis, Alexis was the most popular. Lexis has primarily been a baby girl name in the last century. 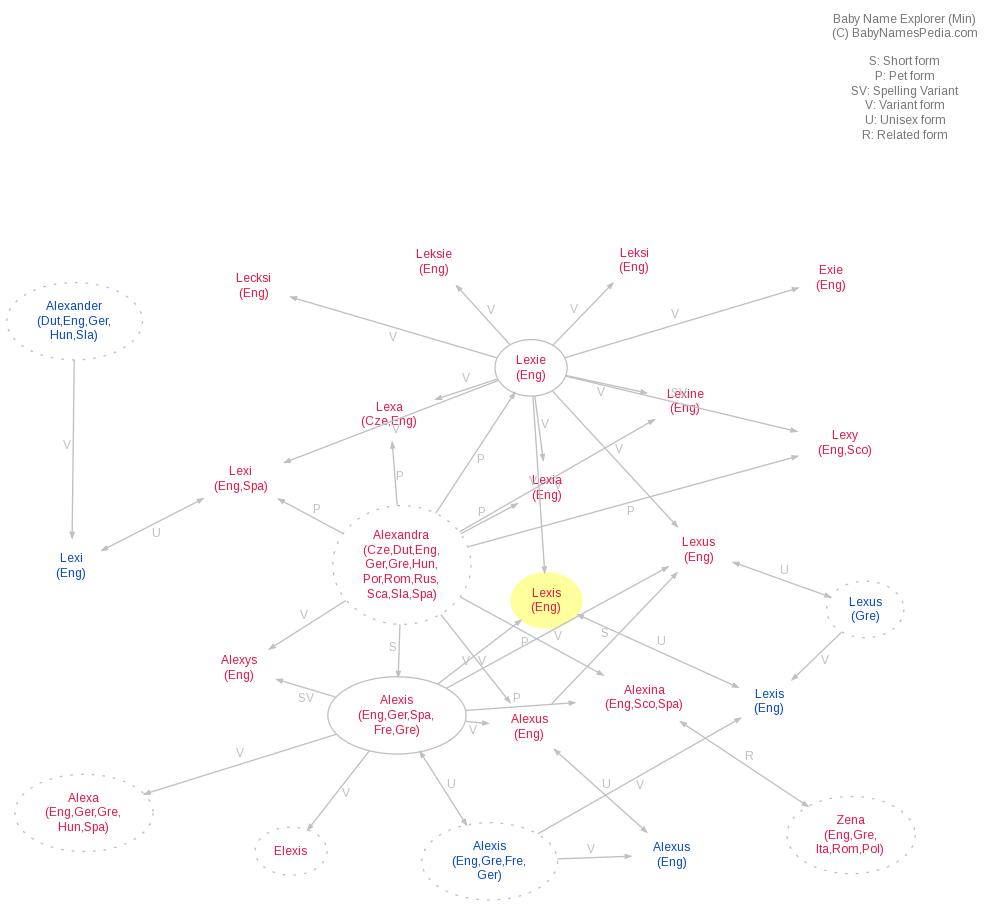