What does Leyda mean?

[ 2 syll. ley-da, le-yda ] The baby girl name Leyda is pronounced LEYDAH †. Leyda's language of origin is Old Greek and African-Swahili. It is predominantly used in the English language.

Leyda is also a variant form of the English Leta.

Leyda is a rare baby girl name. It is not ranked within the top 1000. 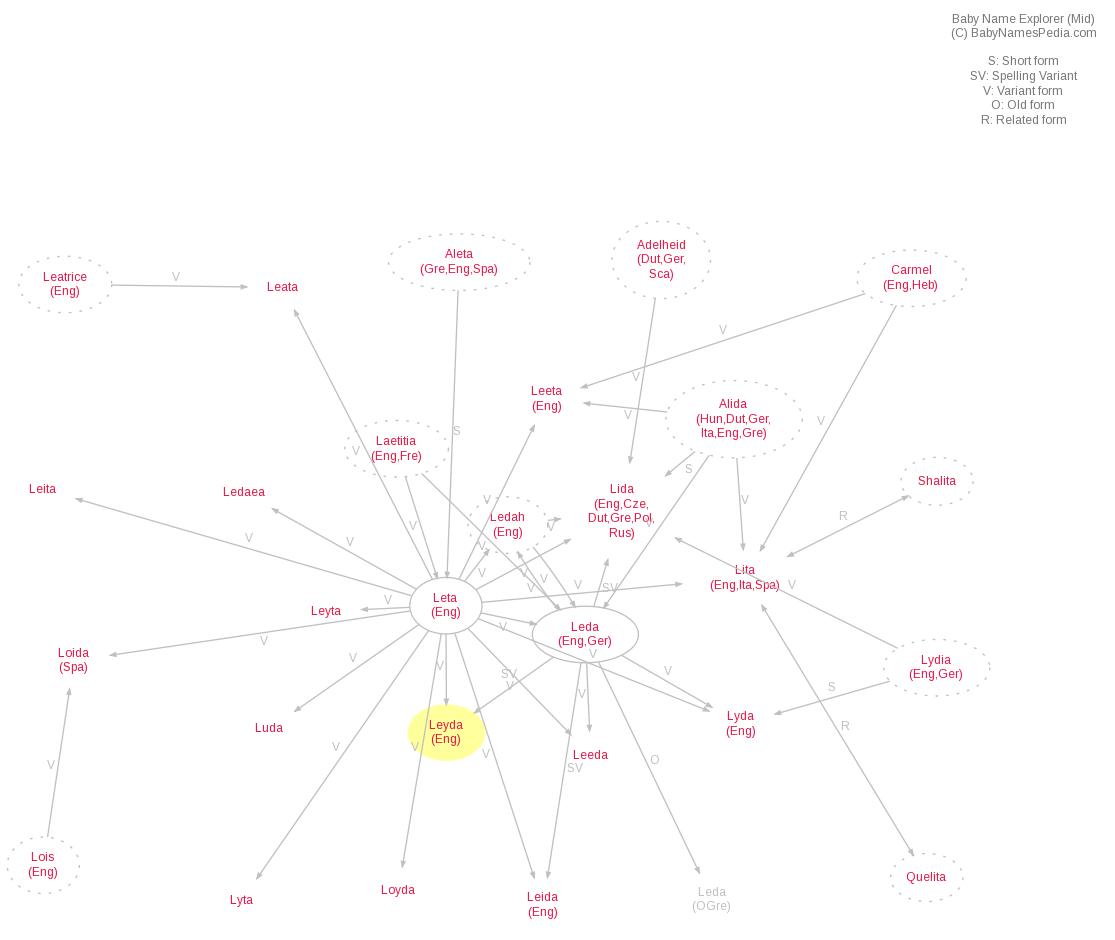