What does Liana mean?

[ 3 syll. lia-na, li-ana ] The baby girl name Liana is pronounced as Liy-AEN-aa- †. Liana is used predominantly in English, French, German, Italian, and Portuguese, and it is derived from Latin, Old Greek, and French origins. From French roots, its meaning is vine. The French 'lier' refers to a type of tropical jungle vine. The name can also be derived as a short form of other names ending in '-liana'.

Liana is also a variation of the name Helen (English).

The name Liana is widely used; it has 26 variations that are used in English and other languages. English variations include Lean, Leana, Leane, Leanna, Leanne, Leiana, Leighanna, Liahne, Liane, Lianea, Lianee, Lianey, Liani, Lianie, Liann, Lianna, Liannah, Lianne, Liany, Lyana, Lyane, Lyanna, and Lyanne. Other English forms include the spelling variants Liahna and Lliana. A variation of Liana used in other languages is Oliana (Hawaiian). 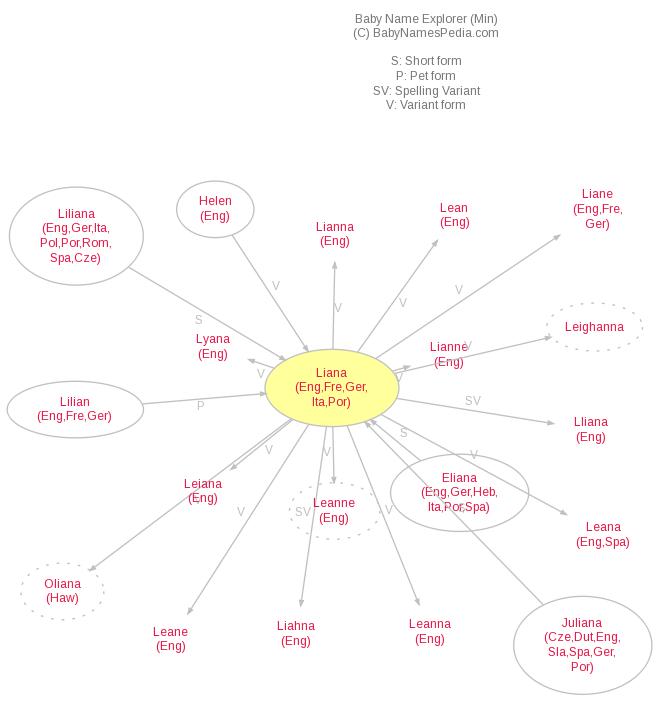