What does Lila mean?

Lila is primarily used in Arabic, Hebrew, and Indian, and its language of origin is Sanskrit. Lila's meaning is play, amusement.

Lila's language of origin is Persian. Here, it means the lilac flower; the color lilac.

In addition, Lila is an Arabic, English, and Hebrew shortening of the English and German name Delilah.

Lila is also an English form of the Arabic and English name Layla.

Lila is also an English form of the English, French, and German name Lilian.

Lila is also a form of the English name Lily.

Lila is popular as a baby girl name. Its usage peaked in 1930 with 0.103% of baby girls being named Lila. It was #170 in rank then. The baby name has experienced a marked decline in frequency since then, and it is of very modest use in recent times. In 2018, its usage was only 0.076% and its ranking #224. Among the family of girl names directly related to Lila, Layla was the most widely used. In 2018, it was 5 times more frequently used than Lila. 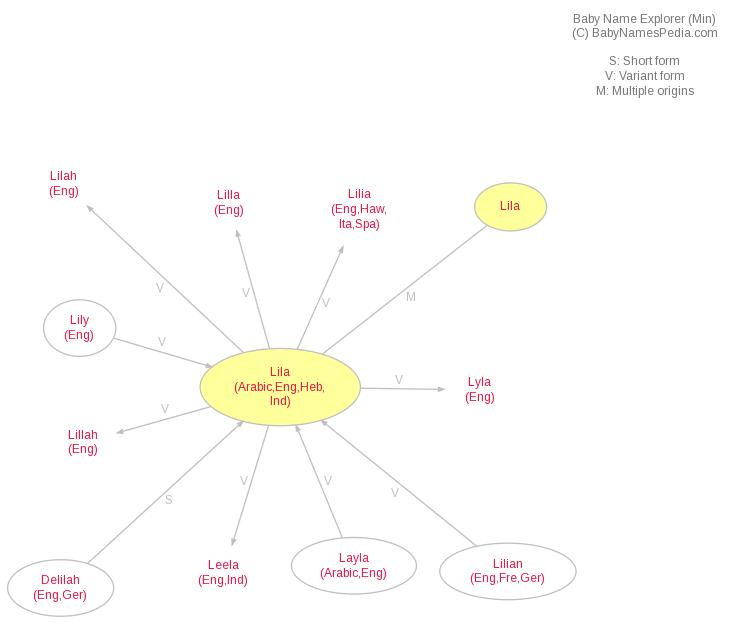