What does Lilli mean?

[ 2 syll. lil-li, li-lli ] The baby girl name Lilli is pronounced as LIHL-iy- †. Lilli is mainly used in German, English, and Estonian, and it is of Hebrew, Latin, Germanic, and English origin. Germanic origin, German use: It is derived from the element 'lilie' which is of the meaning lily. The name has often been associated with the wartime song Lili Marlene (1939), which was popular with both the Germans and the British during World War II.

Lilli is also a variant form of the English name Lily in the English and German languages.

A form of Lilli is the German, English, Russian, and Dutch spelling variant Lili.

Lilli is uncommon as a baby name for girls. It is not in the top 1000 names. Within the group of girl names directly related to Lilli, Elizabeth was the most popular in 2018. 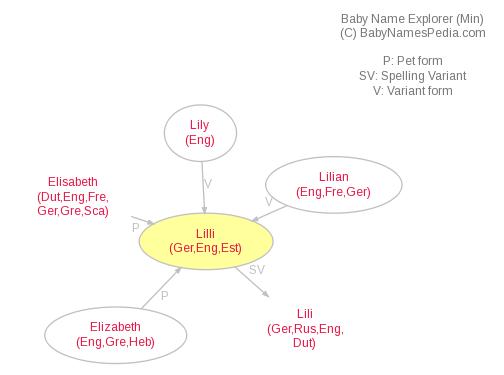