What does Lina mean?

Lina is of English origin. It is used mainly in African, Arabic, English, and German. The name developed during the mid-19th century as a diminutive of names ending in '-lina'. It is also occasionally used as a form of Lena.

Both the origin and meaning of Lina is inherited by all variant forms.

Lina has its origins in the Arabic language and it is also used largely in Arabic. Here, the meaning is 'palm tree'.

Lina is also a variation (Russian) of Angela.

Lina is also a variation (Polish) of Eva.

Lina is also a variation (English) of Kalina (English, Slavic, and Hawaiian).

Lina is also a spelling variant (English, German, Italian, and Russian) of Lena.

Lina is also a variation (Spanish) of Lynn (English and German).

Lina is somewhat popular as a baby girl name. At the modest height of its usage in 1907, 0.024% of baby girls were named Lina. It had a ranking of #397 then. The baby name has dropped out of favor since then, and in recent times it is used only on a very light scale. In 2018, it ranked at #760 with a usage of 0.019%. Within the family of girl names directly related to Lina, Caroline was the most regularly used. It was 12 times more popular than Lina in 2018. 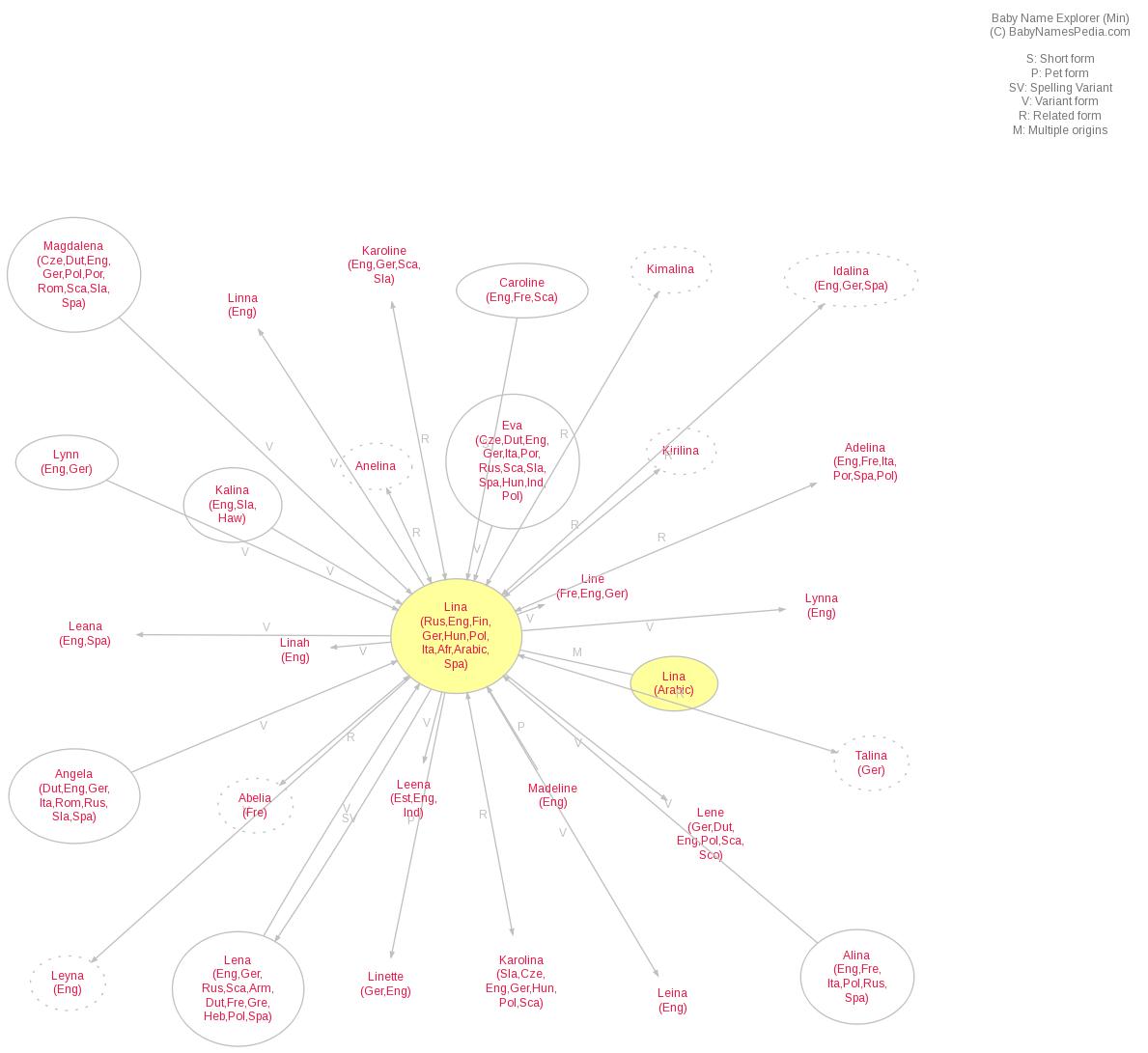