What does Lincoln mean?

[ 2 syll. lin-col(n), li-nco-ln ] The baby boy name Lincoln is pronounced LIHNGK-ahN †. Lincoln is of Welsh origin and it is used mainly in English. The name Lincoln means 'settlement by the lake'. The first name is derived from the family name, which is itself from the name of the English city of Lincoln, which was an an early Roman settlement. The city was known in the 7th century as 'Lindum colonia', a combination of the Welsh llyn and colonia (meaning 'settlement, colony'). In the USA, the name is sometimes bestowed in tribute to the Civil War President Abraham Lincoln (1809-1865).

Other variants of the name include the English diminutive Link and the English contracted form Linc. 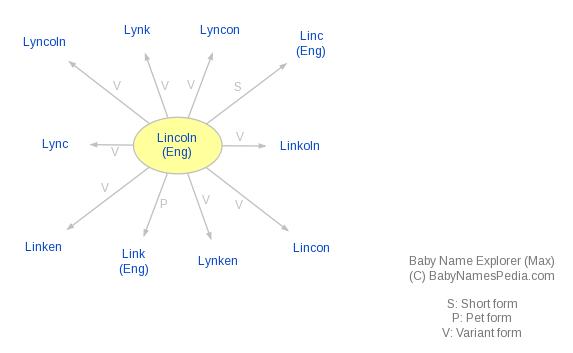