What does Linde mean?

[ 1 syll. lin-de, li-nde ] The baby girl name Linde is pronounced LihND †. Linde is of Germanic origin and it is used largely in the German language. It is derived from the element lind which means 'weak, soft, gentle, friendly'. The name developed as a short form of other Germanic names ending with the element '-linde'.

See also the related forms, the German Heidelinde, the English Rosalind, and the German Rosalinde.

Linde is unusual as a baby name for girls. It is ranked outside of the top 1000 names. 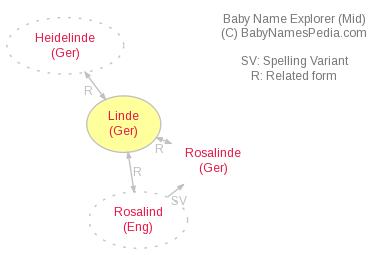