What does Lisa mean?

[ 2 syll. li-sa, lis-a ] The baby girl name Lisa is pronounced LIY-Sah (English) or LIY-Zaa (German) †. Lisa's language of origin is Hebrew, and it is predominantly used in Albanian, Dutch, English, French, German, Italian, and Scandinavian. Biblical name: The name first developed as a diminutive of Elisabeth. It is famous from the 16th-century painting Mona Lisa, a portrait of Lisa del Giocondo (1479-1542/1551) by Leonardo da Vinci.

The origin and thus the meaning of the name Lisa is inherited by all variant forms.

Lisa is an all-time favorite. Today it is still a somewhat popular baby name for girls, though to a lesser extent than it was before. The name grew in popularity from the 1930s up to the 1960s; prior to that, it was of only irregular use. At the peak of its usage in 1965, 3.298% of baby girls were named Lisa. It ranked at #1 then. The baby name has since steeply dropped in popularity. In 2018, it ranked at #891 with a usage of 0.016%. Out of the group of girl names directly related to Lisa, Elizabeth was the most popular. It was used 28 times more than Lisa in 2018. The name Lisa has been mostly given to baby girls, although it has also been used as a boy name in the past century. In 1975, the name Lisa was given to 270 times more baby girls than boys. 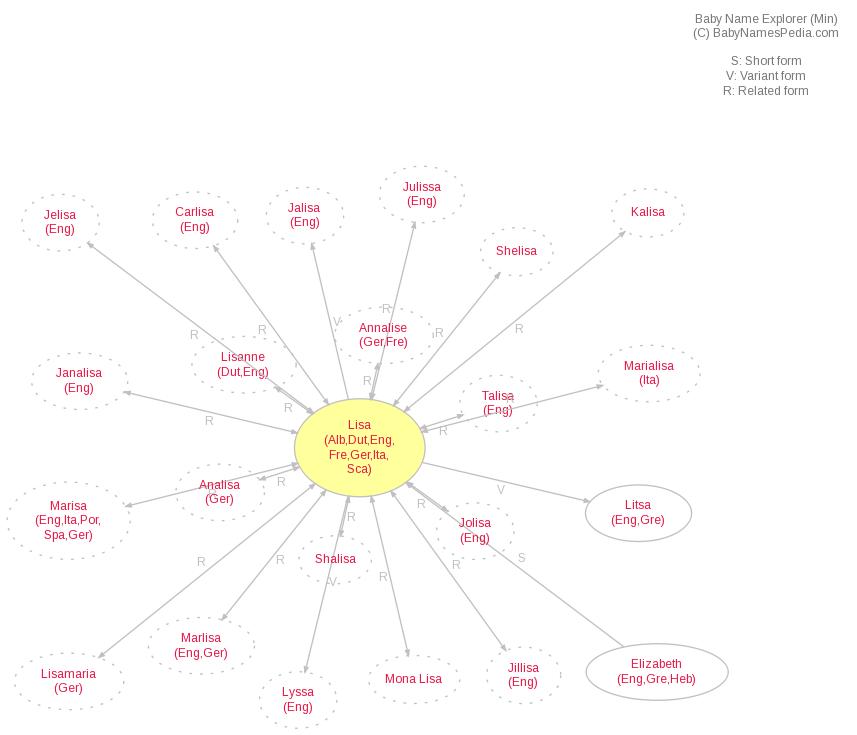