[ 5 syll. li-sa-ma-ria, lis-amar-ia ] The baby girl name Lisamaria is pronounced as LIY-SahMah-RIY-ah (English) †. Lisamaria is largely used in the German language and it is derived from Germanic origins. The name is formed from the combination of Lisa and Maria.

Variant forms inherit the origin and meaning of Lisamaria.

Lisa Maria (German variant spelling) is another form of Lisamaria.

Lisamaria is not regularly used as a baby name for girls. It is not listed in the top 1000 names. In 2018, out of the group of girl names directly linked to Lisamaria, Maria was the most commonly used.

A baby name that sounds like Lisamaria is the name Lisa Maria (German). 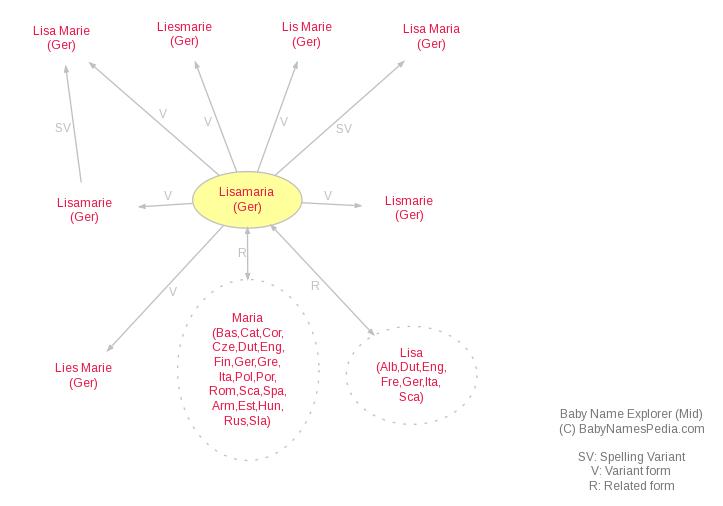