What does Lisbeth mean?

[ 2 syll. lis-bet(h), li-sbe-th ] The baby girl name Lisbeth is pronounced as LIY-ZBehT †. Lisbeth is largely used in the English and German languages. It is derived from Hebrew origins.

Lisbeth is also a variant transcription of Lisa.

Lisbeth is an unusual baby girl name. Its usage peaked in 2002 with 0.021% of baby girls being given the name Lisbeth. It had a ranking of #623 then. The baby name has steeply fallen in popularity since then, and is now of very modest use. In 2018, among the family of girl names directly linked to Lisbeth, Elizabeth was the most commonly used. 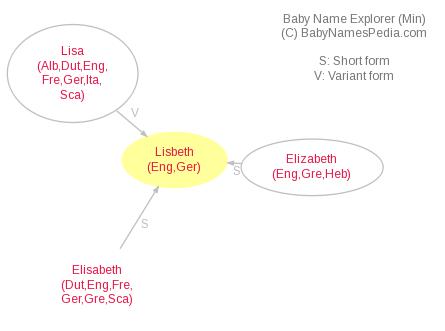