What does Lisette mean?

[ 2 syll. li-set-te, lis-e-tte ] The baby girl name Lisette is pronounced as Liy-SEHT or Liy-ZAHT †. Lisette is used predominantly in the English, French, and German languages. Its origin is Hebrew and Germanic.

Lisette is also a variation (French) of the name Louise (Dutch, English, French, and German).

Lisette is rare as a baby girl name. At the modest peak of its usage in 1999, 0.020% of baby girls were given the name Lisette. It was #615 in rank then. The baby name has dropped out of favor since then, and is currently of very light use. In 2018, out of the family of girl names directly linked to Lisette, Elizabeth was the most frequently used. 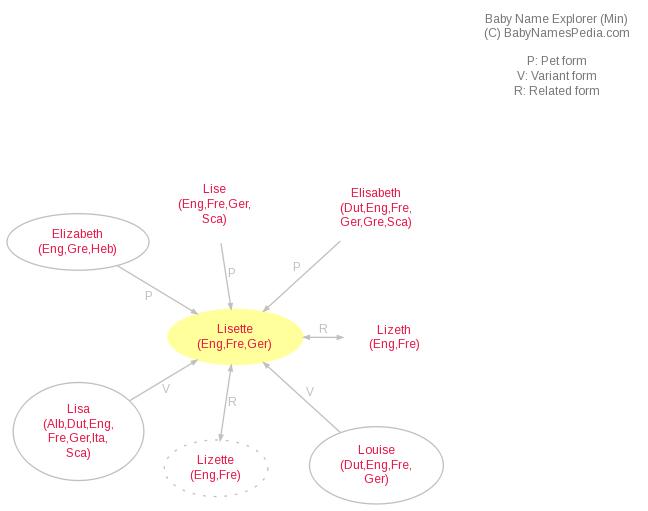