What does Liza mean?

[ 2 syll. li-za, liz-a ] The baby girl name Liza is pronounced LAY-Zah (English) †. Liza has its origins in the Hebrew language, and it is used largely in English, Hungarian, Russian, and Polish. Biblical name: The generic name has been used in the Old Testament of the Bible.

Liza is a pet form (English, Hungarian, and Russian) of Aliza (English and Hebrew).

The origin and thus the meaning of Liza is inherited by all variant forms.

Liza is rare as a baby name for girls. At the modest peak of its usage in 1973, 0.033% of baby girls were named Liza. Its ranking then was #392. The baby name has since suffered a substantial decline in popularity, and is currently of only very light use. In 2018, out of the group of girl names directly related to Liza, Elizabeth was the most popular. 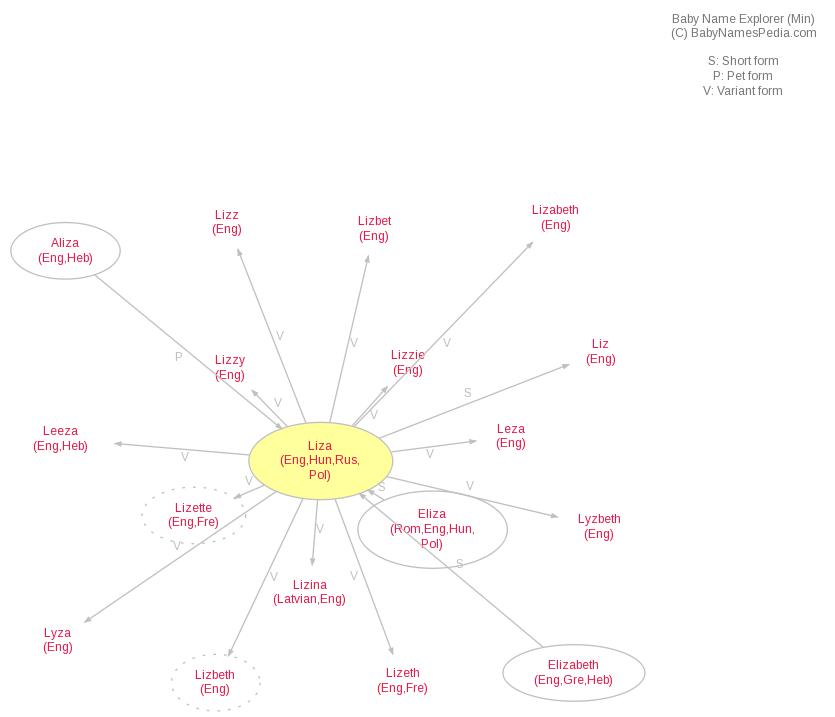