What does Lizbeth mean?

[ 2 syll. liz-bet(h), li-zbe-th ] The baby girl name Lizbeth is pronounced as LIHZBeh-TH †. Lizbeth is used mostly in the English language and its language of origin is Hebrew. The name can be taken as a combination of Liz and Beth, which are both popular diminutives of Elizabeth.

Lizbeth is a short form (English) of the English, Greek, and Hebrew name Elizabeth.

Lizbeth is also a derivative of the English, Hungarian, Russian, and Polish name Liza.

The origin and meaning of the name Lizbeth is inherited by all variant forms.

Another variant of Lizbeth is the English pet form Lizzie.

Lizbeth is rare as a baby name for girls. At the modest peak of its usage in 2002, 0.130% of baby girls were given the name Lizbeth. Its ranking then was #133. The baby name has since suffered a marked fall in frequency, and is currently of sporadic use. Out of the group of girl names directly linked to Lizbeth, Elizabeth was the most widely used in 2018. 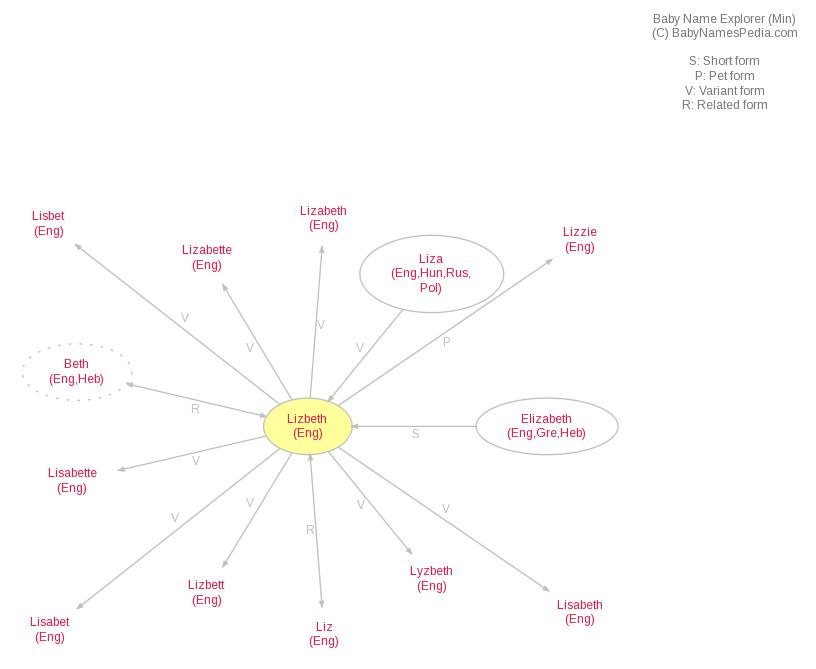