What does London mean?

[ 2 syll. lon-don, lo-nd-on ] The baby girl name London is also used, though less commonly, as a boy name. It is pronounced LAHNDahN †. London's origin and use are both in the English language. The name London means 'from London'. It represents the transferred use of the geographic name as a given name. See London for more information.

Forms of London include the names Londen, Londun, and Londyn. 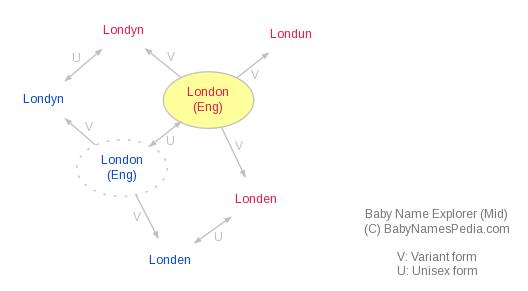