What does Lonnie mean?

[ 2 syll. lon-nie, lo-nn-ie ] The baby girl name Lonnie is also used as a boy name, with the latter form being far more popular. It is pronounced LAAN-iy- †. Lonnie's origin is varied and it is used largely in English. The name could have developed as an Anglicized form of Alonzo, or else it could be from Lennie and thus Leonard.

The contracted form Lon (English), and the spelling variants Loni (English) and Lonie (English) are other forms of the name.

Lonnie is uncommon as a baby girl name. At the modest height of its usage in 1906, 0.014% of baby girls were named Lonnie. It was #532 in rank then. The baby name has dropped out of favor since then, and is of only irregular use today. Within all girl names in its family, Lonnie was nevertheless the most frequently used in 2018. Lonnie has primarily been a boy name in the last century. In 1958, 16 times more boys than girls were given the name Lonnie. 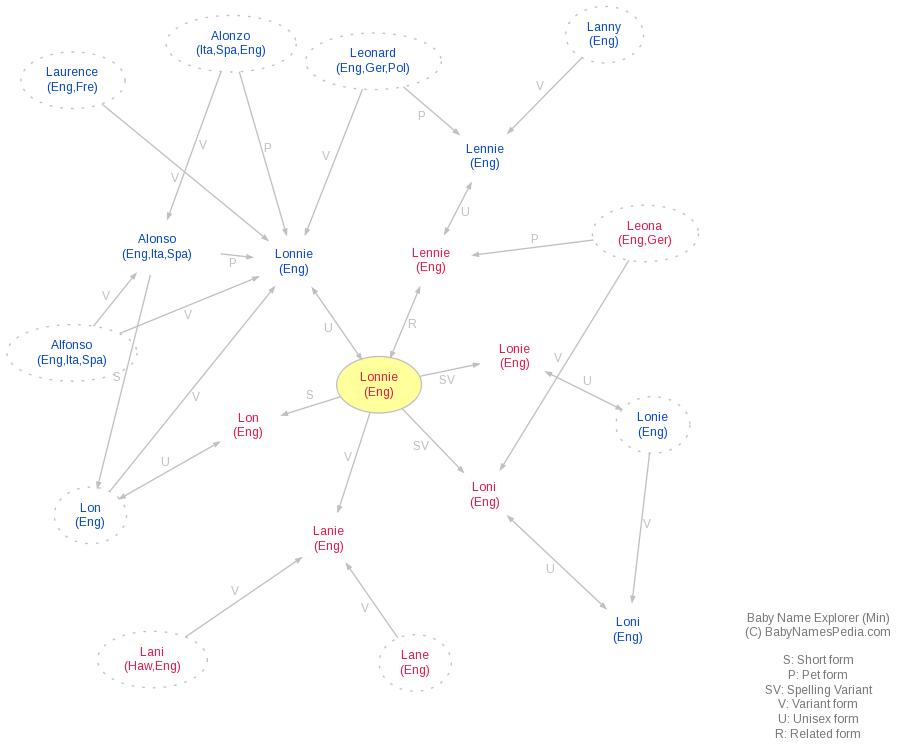