What does Lonzo mean?

[ 2 syll. lon-zo, lo-nzo ] The baby boy name Lonzo is pronounced as LAE-NZow- †. Lonzo is of Gothic origin and it is used largely in the Spanish language. Lonzo is a variation of Alfonso (English, Italian, and Spanish).

Lonzo is unusual as a baby boy name. Its usage peaked modestly in 1903 with 0.015% of baby boys being given the name Lonzo. It had a ranking of #498 then. The baby name has substantially fallen in popularity since then, and is currently of only sporadic use. In 2018, among the family of boy names directly linked to Lonzo, Alfonso was the most widely used. 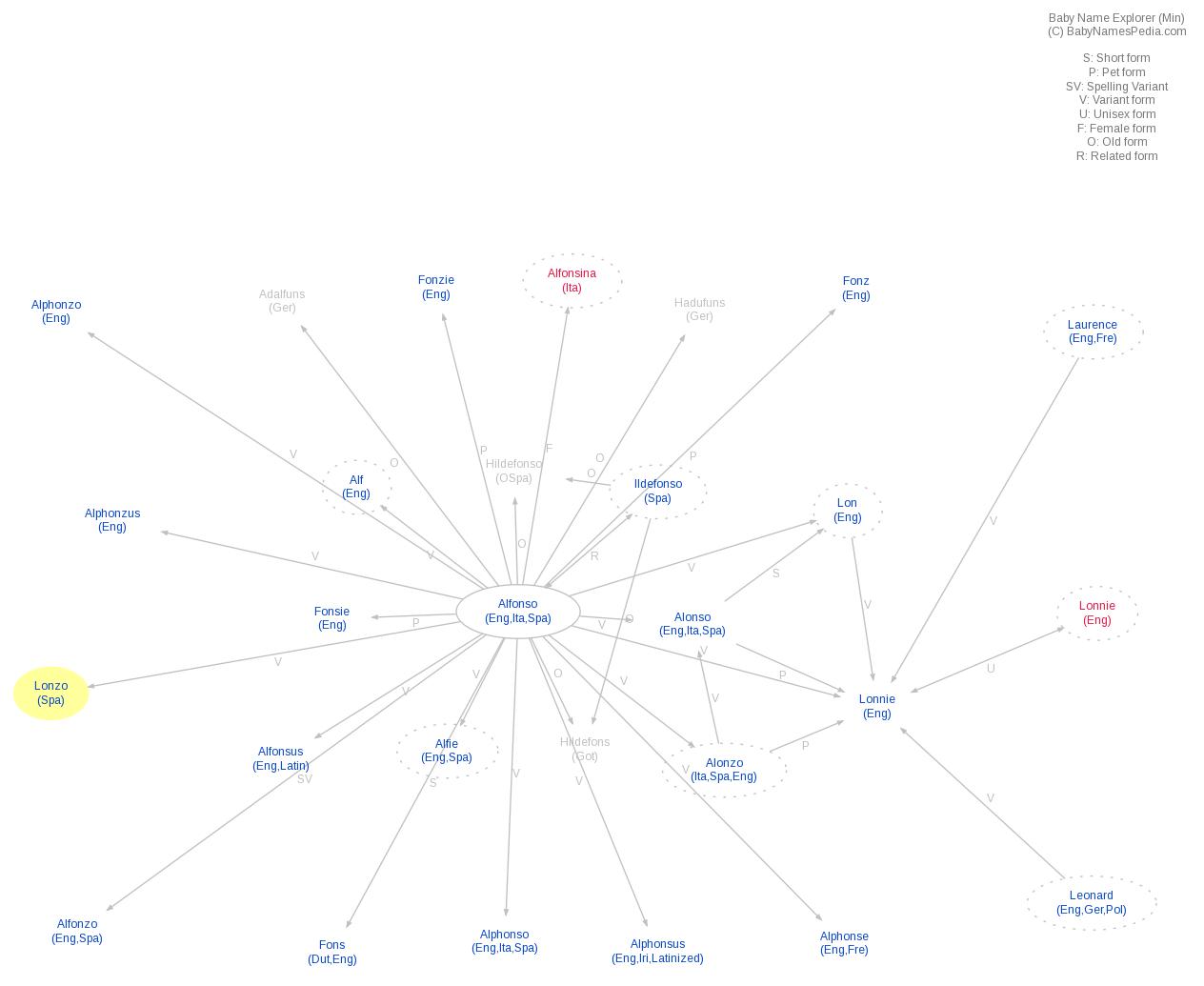