What does Lorenzo mean?

[ 3 syll. lo-ren-zo, lor-e-nzo ] The baby boy name Lorenzo is pronounced Low-REHN-TSow in Italian, Low-REHN-THow in Spanish, or Low-REHN-Sow in Spanish-Latin American †. Lorenzo is of Latin origin. It is used mainly in Italian and Spanish. Lorenzo is a variant of Laurence (English and French).

Lorenzo is popular as a baby boy name, and it is also regarded as trendy. The name's popularity has been increasing since the 1910s. At the recent height of its usage in 2018, 0.116% of baby boys were named Lorenzo. It was #174 in rank then. Within all boy names in its family, Lorenzo was the most popular in 2018. Lorenzo was used 36% more than the subsequent ranked name, Enzo, in that year. 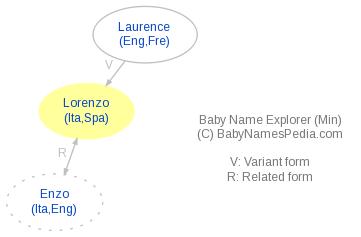